Riding With The Boys

Earlier this week Scott came home and was telling me he might go for a bike ride this weekend with some guys from the train. I was kind of sad that I wasn't going to go too. We have that huge bike ride coming up in a couple weeks and I have hardly rode my bike at all.  Friday though he asked me if I wanted to go too and I was like YIPEE!! I get to go haha.

But then I was doubting myself about riding with some guys. I've seen groups of guys riding bikes all over and they are super intimidating.

I asked Scott "does he know I'm slow?" He said it was ok because they knew he was slow too. Well alrighty then. Time to pull up my big girl panties and two layers of bike shorts and get going.

We got up early Saturday morning and drove into town to meet up. We went a little bit early and had a breakfast burrito and a coffee at the coffee shop we were meeting up at. Right on time Bob and his friend Joseph were there and we took off.

FULL FORCE INTO THE WIND.

Oh my God it was so windy. We rode on the way out of town towards the hill and I'm not going to lie, I really thought about turning around and going back. I was lagging behind everyone big time. I was exhausted by the time we got to the gas station at the bottom of the hill. I was thinking how am I going to do this? I haven't even got to the hard part!

When we got up to the gas station everyone was waiting for me and I was like "oh man I'm sorry I'm so slow!" One of the guys told me not to worry about it, I was doing great and how he wished his wife would come out and ride with him.

That right there was the turning point in my head. No one cares how slow you are. You're out there getting it done! So what if I'm bringing up the rear!

We basically did the same ride Scott and I did before only backwards (and rode in from town). We went out Midway to Altamont Pass, stopped at the gas station there to take a break and eat a snack and then up Patterson Pass and back down to town.

The first part up to the gas station was all into the huge headwind. Slow slow slow. Then once we turned to go up the mountain the wind was behind us. It was much easier going up Patterson Pass this way than the other. It was just a slow steady ride up. I did walk up the very end though. My thighs were SCREAMING.

Scott's friend gave me a high five when I got to the top. I gave myself a mental fist pump :wink: 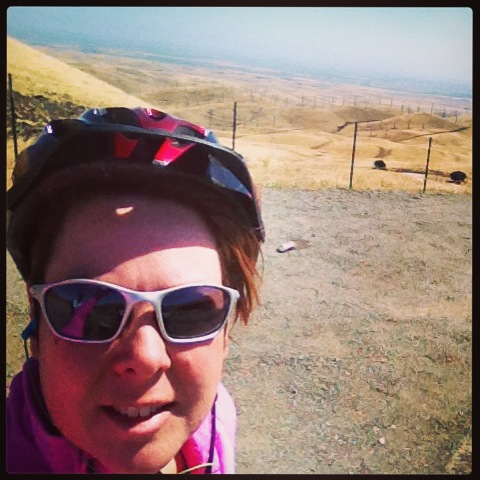 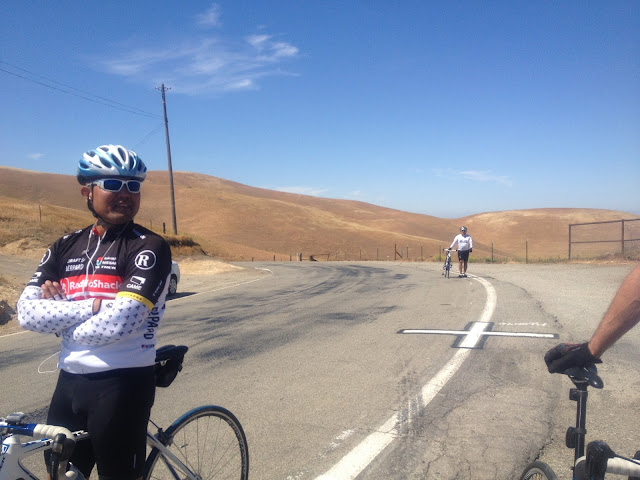 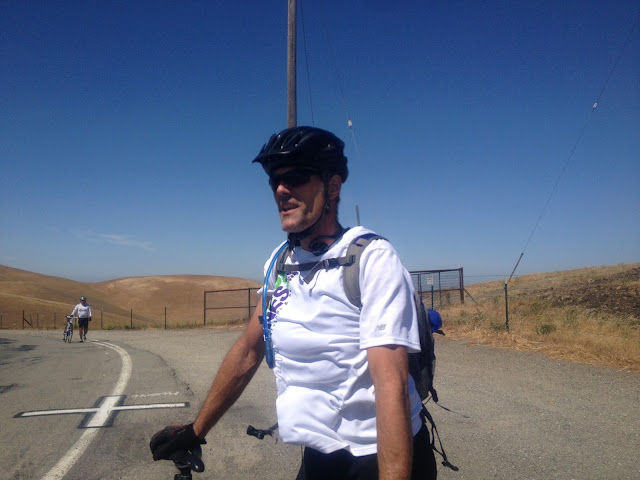 From there it was all down hill. FAST FAST FAST down hill!! I rode the brakes most of the way down. Probably looked like a sissy but I don't care. I like my body in one piece thank.you.very.much!

I met up with everyone at the bottom and we were all smiles. That downhill ride is the icing on the cake of the bike ride. It's so exhilarating!!

From there we rode into town. When we got back to the coffee shop I realized that my runkeeper never unpaused itself from the top of the hill. &*&%$$

Scott said it was ALMOST 40 miles. It took us 3 1/2 hours. When I got home I edited my runkeeper a bit to make it more accurate. 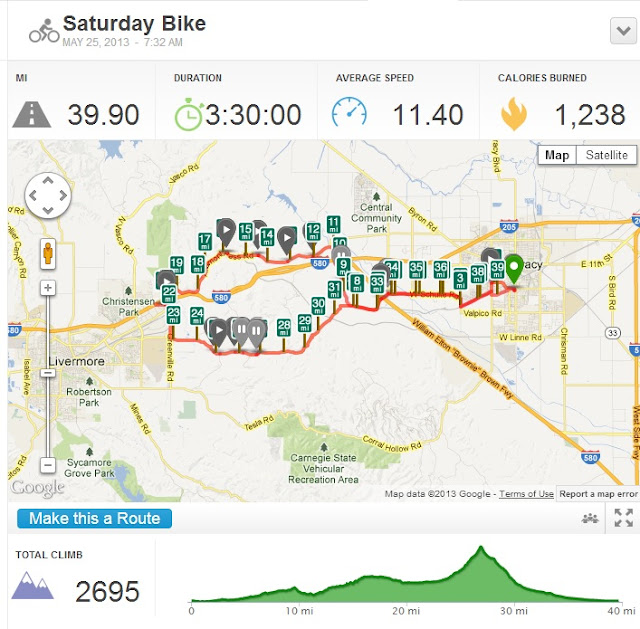 I was pretty much worthless for the rest of the day!
Pin It
Posted by Julie H at 10:23 AM