I'm so excited! Scott gets to come home today. I think they usually kick them out around 10:00 so he should be getting the boot soon. I'm just waiting until he calls me since I know it can take a lot longer than you want to finally get out the door. As of this morning they had taken his IV off so that's a step in the right direction.

Rusty is going to be so excited. He is all kinds of confused with what is going on. Where's his Daddy and why is Mom home and not home at all the wrong times??? 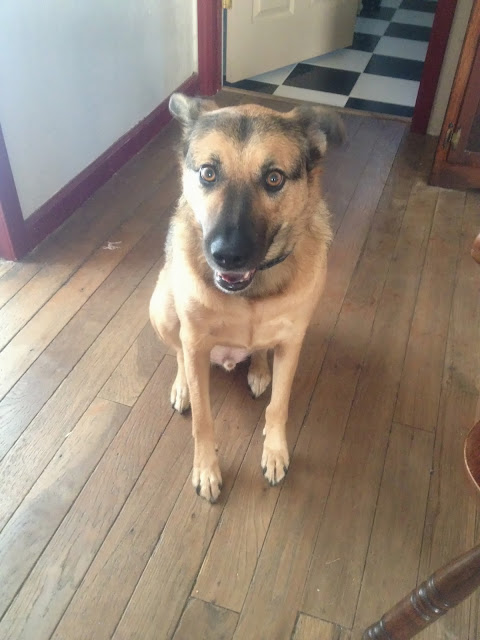 I've already ate breakfast, showered and got ready to go get him. Today's agenda is:


Sounds like a pretty exciting day if you ask me. Now I'll just work on finishing up my coffee and maybe making a little more...
-----------
First up, I had bought some tomato soup, because who doesn't love some tomato soup for lunch. I was thinking. WHY does this have so many calories? It's TOMATO soup. Mostly made from tomatoes right?

UM well they are the first ingredient. Then it's followed by High Fructose Corn Syrup. REALLY?  I'm pretty sure that wasn't the second ingredient when I was eating this growing up. Guess I won't be buying that anymore. 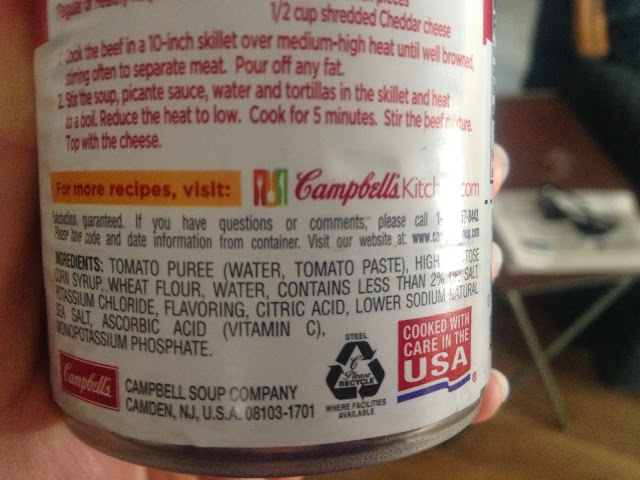 I looked up some tomato soup recipes, it's not too hard to make.

So after me calling the doctor's office to find out WTF is taking so long and another hour or so Scott finally got sprung from the hospital. I was there when the nurse was going over his discharge instructions. It's very important for him to take his Warfarin every day at about the same time. The nurse told him to take it tonight at 5 pm. Scott says "I thought I took it this morning". The nurse says no you took it yesterday morning but not today yet. He's like "wow I really thought I took it already?". I'm like maybe you can double check? She says oh I checked it's right. So take it tonight at 5 pm. So 5pm rolls around and we're discussing if he really did take it this morning or not and I said you know, I'm just going to call the hospital and ask. So I call and he DID take it this morning around 6:45 am. If he would have taken another dose he would have been majorly f'd up!  The more I think about it the more upset it makes me.


Maybe I'll just not think about it.

Scott has mostly been sleeping since he got home. His leg is swelling up A LOT. Like making it really painful. I think tomorrow if it's still so bad I'm going to talk to the pharmacist to see if we can get a water pill. Or maybe I should just call the doctor. He took a pain pill and got real happy for about 15 minutes haha. It was kind of funny to watch.

I got part of my to do list done. My big blanket is in the dryer so got #1 done. #2 got most of the washing done, not so much the rest of the crap. #3, made a good dinner. I started out making a taco soup recipe and it turned into more of an enchilada soup. I found 2 frozen chicken breasts I forgot I had in the freezer and threw them in along with 2 cans of beans (I realized when I went to make it it didn't have any beans in it, how weird). 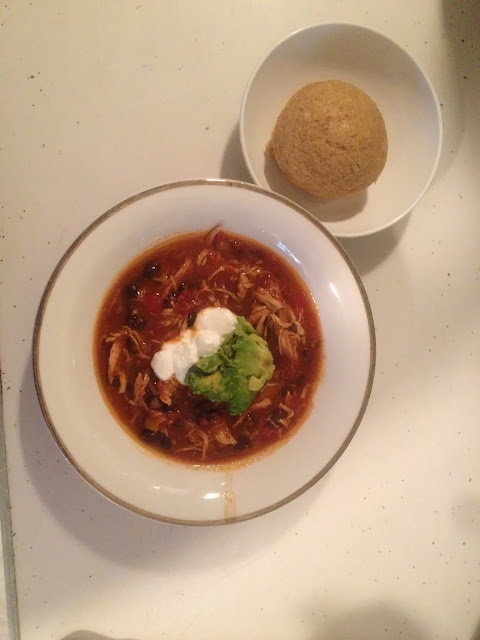 It turned out really good for winging it! I REALLY need to go to the store tomorrow though. Let's hope the bank is finally done processing Scott's paycheck I deposited on Saturday by tomorrow. I know there was a Sunday and a holiday in there but um yeah, no problems taking money OUT of the account it seems.

After dinner we did homework and then Trevor wanted to make some juice.

He said he wanted to make a "green" juice (slim pickings in the fridge too). He came up with some celery (slightly wilted), a green apple, a pear (finally ripe) and some strawberries (mushy parts discarded). 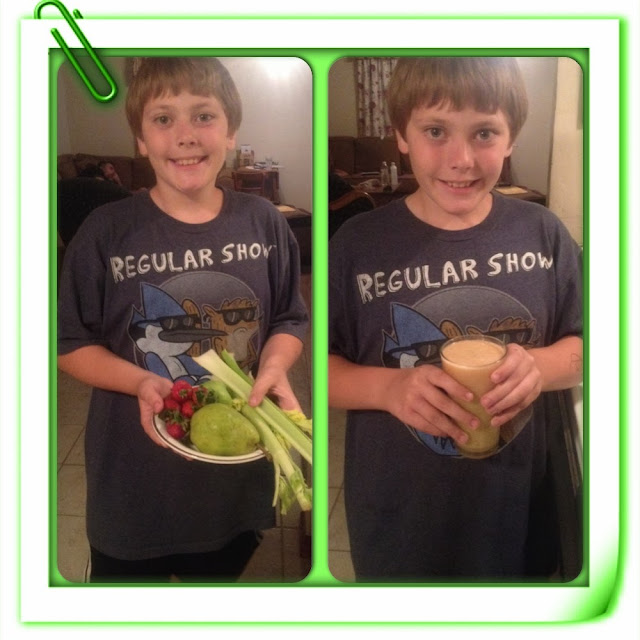 Um best juice EVER. I think it was the strawberries. It was really good and I only got a sip. I think I'll make some for myself tomorrow.

Then I finally got to go the gym. It was getting late and I was getting kind of tired so I figured I better hurry up and go before I give in to my jammies!

I only stayed about 45 minutes but my arms were toast by the time I was done so I think we'll call that a good work out. 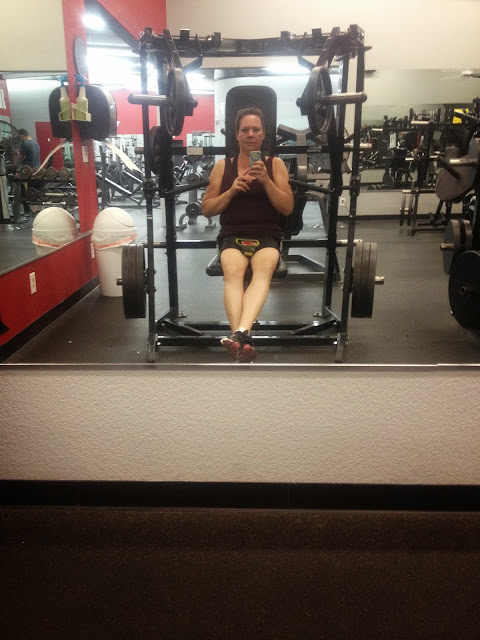 I have to get up in 7 hours so I guess I should go to bed now.
I'm so happy to have my husband snoring on the couch tonight, you have no idea.
Pin It
Posted by Julie H at 9:38 AM

Julie I am glad you checked about the meds. Holy shit that could have been awful. I hope he starts feeling better soon. Is he seeing a vascular doctor for this?

I will email you a couple of tomato soup recipes. As you know I can't eat gluten and I missed tomato soup so much so now I make it. fresh ingredients and takes just a few minutes literally. No sugar, no chemicals and best of all for me no wheat!