Why are the weekends always so short?

I'm officially old my back hurts from sitting too long. I spent all weekend organizing and playing with scraps. Not that you can tell by my still full tub of scraps! Although going through the box I had a lot of larger pieces that I've been rolling on my smaller boards and organizing.

I ended up with 63 squares before I got sick of making them, which happened yesterday afternoon. 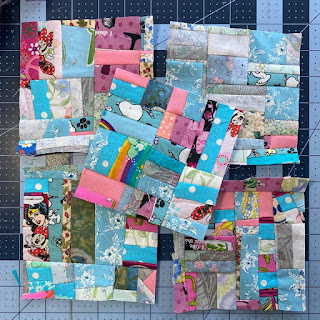 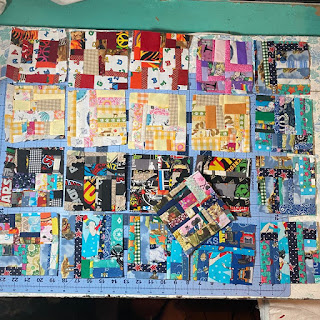 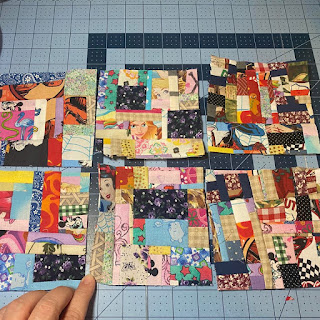 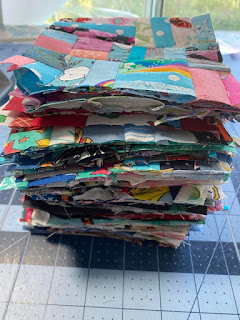 Before I worked on the "crumbs" I trimmed up the scrap pieces so when I was done I had to put all that away too. 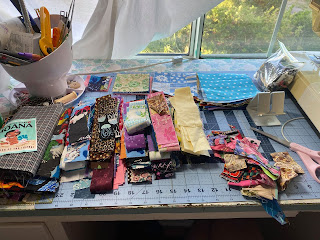 My desk is all clean now it feels so weird.

Now what to work on next? People are asking about masks a bit but not really any definite orders except a gal that ordered before and then never picked them up so I'm not in a big hurry to make anything for her.

Looks like the kids won't actually be going to school yet since our numbers are so high the health department was like yeah that's a NO on going to school.

People are still arguing about kids wearing masks to school and I'm like do you people understand that no one is going to go to school this year? I will be shocked when the numbers actually go down 14 days in a row. That's the rule for me going back to work too. Sucks for Trevor's last year of school. He was supposed to have a few elective classes like auto shop and being a TA so not sure how that will work for distance learning.