So my day today:

Woke up, took Jess to bus stop.
Home, internet not working. Call tech support and it's supposed to be working by 2!
Go back to bed.

Get up get little kids to school.
Come home, internet still not working, guess they meant it.
Take a shower.

Go to mom's house invite her to go to Wal mart with me and use her computer on DIAL UP while she gets ready.

Go to Rite Aid and Wal Mart to get pumpkin carving tools.
Lunch at Togos.

Go to the school for the kids' Halloween Parade. Got there just in time instead of early like we thought we were. No where to sit. 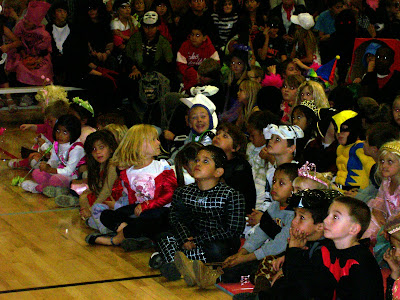 Melissa's with her class 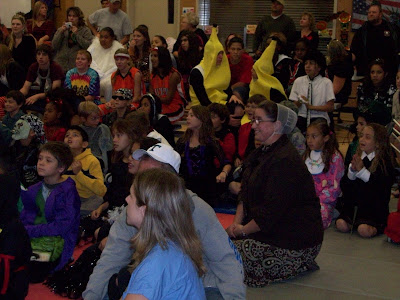 Pretty sure my Buzz Lightyear is THE cutest kid up there. 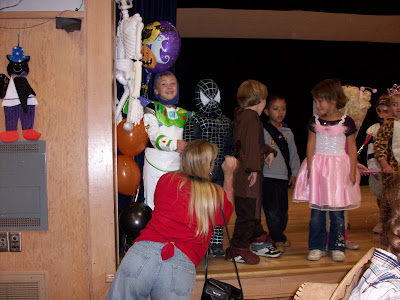 My nephew looks like Jesus. Apparently it's a Star Wars person? I think he's Jesus. 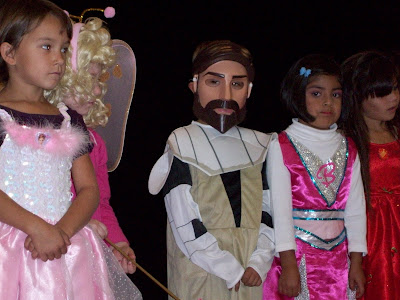 Tall kids in the back. Can you see her?? Cute witch in the hat. 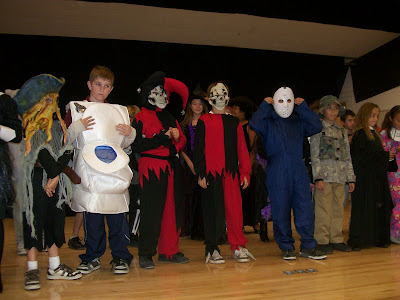 Such a pretty witch! 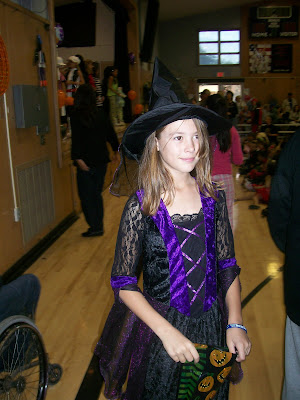 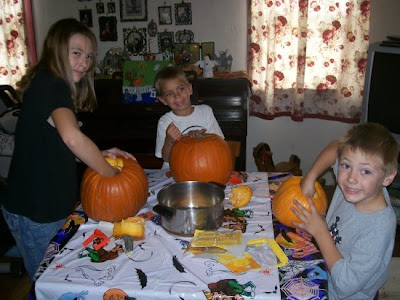 Jessica got home and PISSED that everyone carved pumpkins and didn't save one for her. I told her um yours is on the front porch. 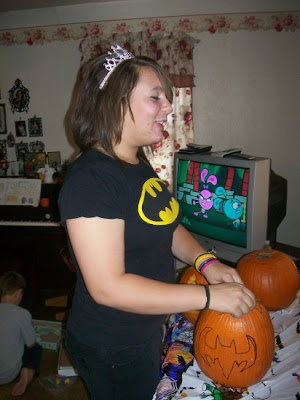 All ready for Trick Or Treaters 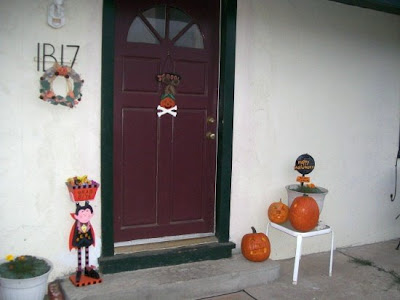 Melissa ready to go to her friends 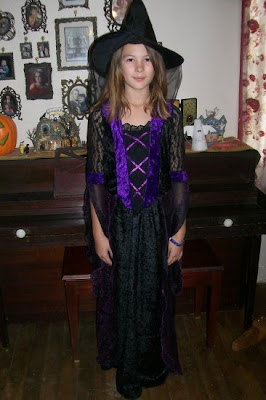 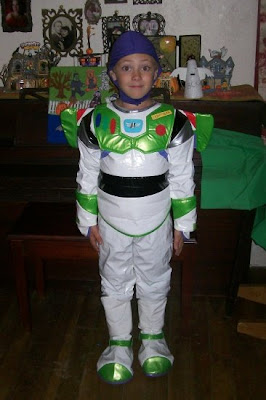 This is Jessica's CREATION. Some kind of Batgirl Princess or something. She's so funny. She actually wore this TO HIGH SCHOOL only without the mask (not allowed). I tell you this girl has GUTS. 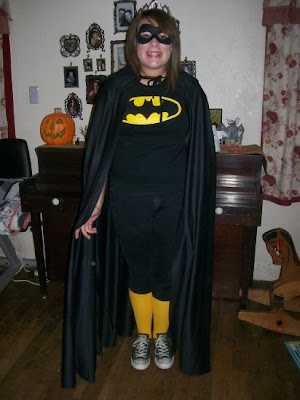 Cracking me and herself up. 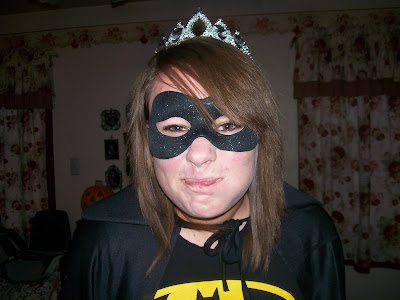 So I was a little nervous about the whole going trick or treating thing this year. Melissa got invited to go with her friend on this "float". Then I found out my brother and my nephew were going on it too, and my nephew wanted Trevor to go. So that meant of course, that I had to go too. SO.MUCH.FUN. Probably helped that I had a couple bottles of Smirnoff in me. 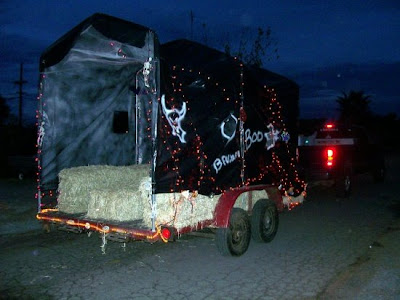 There was probably 15 kids. They RAN SCREAMING from house to house. It was SOO FUNNY!! Melissa was the biggest kid on it so it was mostly little kids. Here they are at my mom's house. 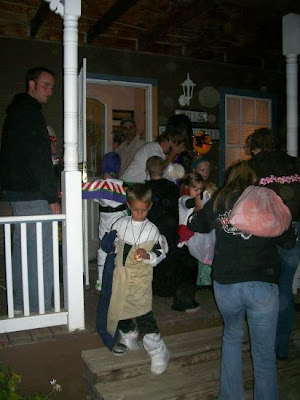 Trevor got tired so I got us a ride home and so our house was his last stop. 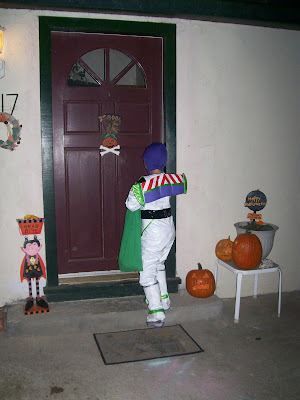 Jess got home not too long after us and then I drove her to her friend's house.

One more year is done! Now onto Turkey Day!!Pin It
Posted by Julie H at 10:41 PM

You sure got some awesome photos! The kids had lots of fun obviously! Love their costumes.

Sounds like tons of fun! Glad you went. Don't let those women spoil your fun with your kids (even though i know exactly how you were feeling and thinking, good for not chickening out LOL)!! Yay, turkey day is next... which means my birthday! :)