This morning Scott and I started our day by going out for a run. It was his last couch to 5k run!! 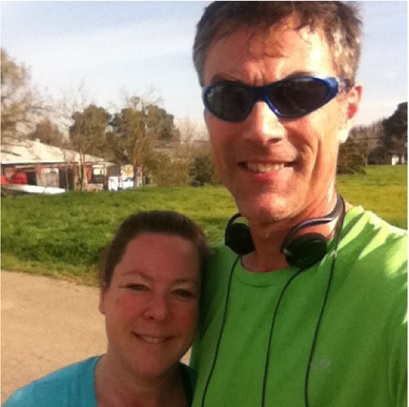 We kept about a 10:15 or so average and ALMOST got to 3 miles in 30 minutes. I'm so proud of him for sticking to it and finishing the program. He's excited to move on to the 5k-10k. Who would have thought that the man I couldn't even get to go for a walk with me would want to go out running?

Today we were having a birthday party for Trevor with the family. That meant doing some cleaning, a ride to the dumps and the grocery store. Everyone helped out and I didn't feel too stressed. The house wasn't perfect clean but it was "good enough" ;)

Jess made Trevor's cake. Trevor wanted it to be one layer of white and one of chocolate so she used 2 cake mixes and the cake was 4 layers. I forgot to take a picture of the inside but it looked cool! 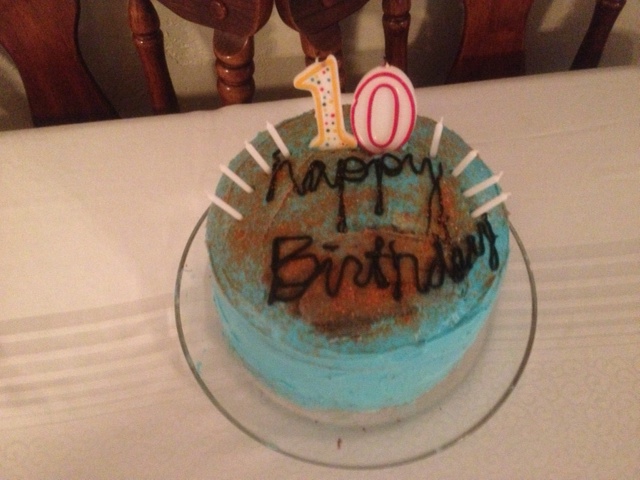 Ghetto recycled numbers. They are kind of a joke now. My father in law always saves them when we bring them birthday cakes so now we all just save them and re-use them. Silly but eh whatever.

Everyone came over and we had pizza from Papa Murphy's, the cake, and ice cream. There was salad but I didn't eat any. I hardly ever eat salad at home anymore. It just so blah. Gross. 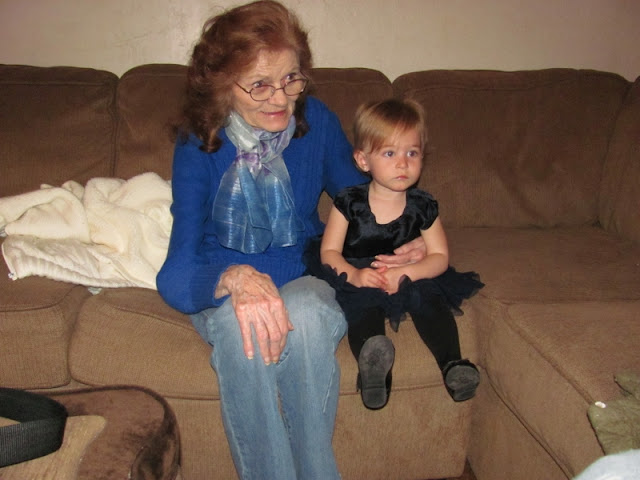 Ava is getting so big already! 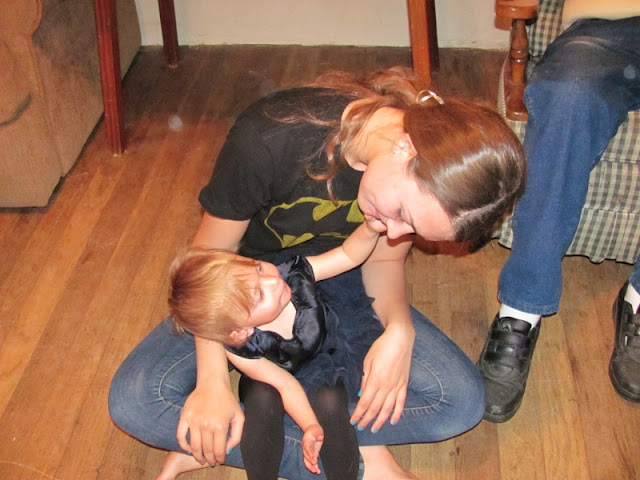 With Melissa and my Mom. She made the rounds. She's such a cutie. 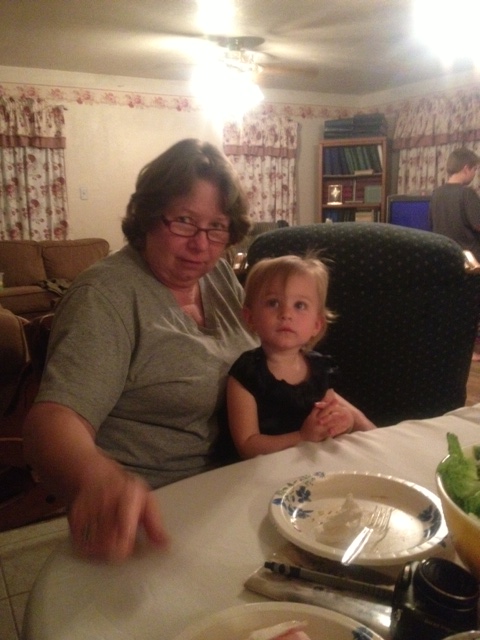 and "petting" Buster with my brother. 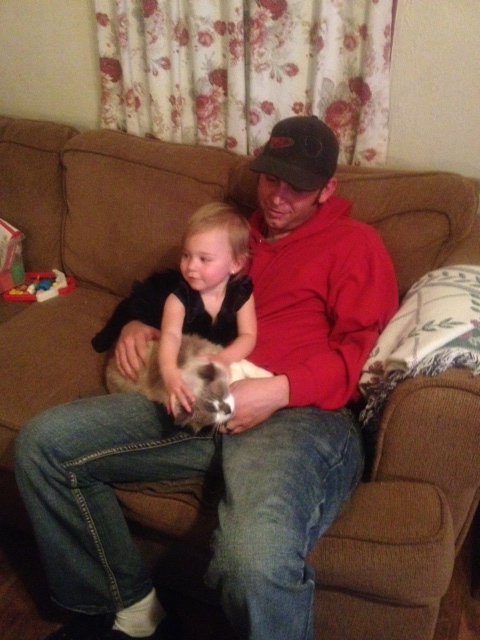 Buster was being quite sociable. I think Jessica likes him more than anyone else, too bad she can't take him to school ;) 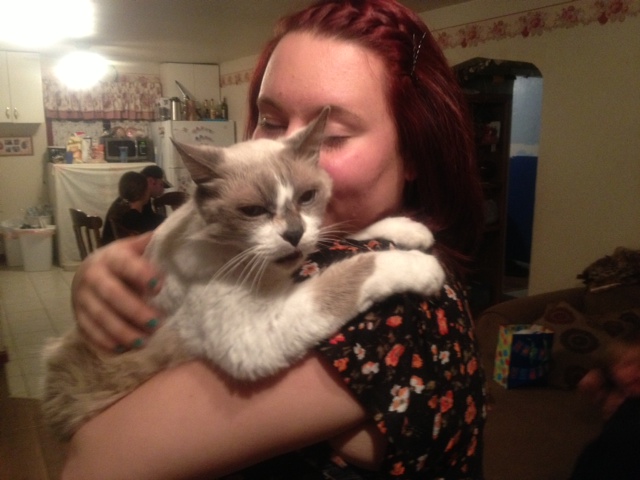 I think he likes company more than me haha 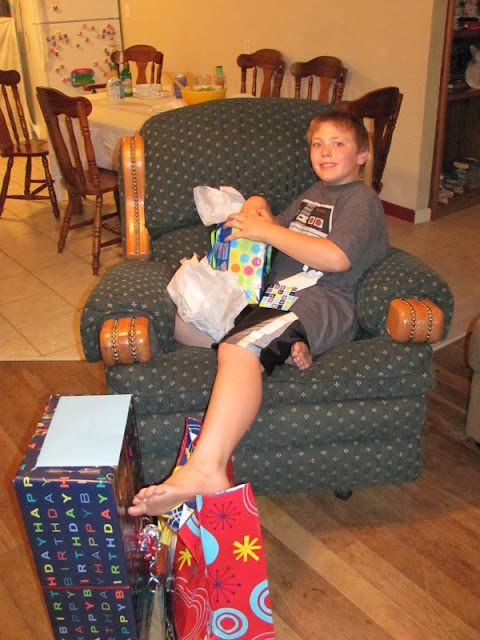 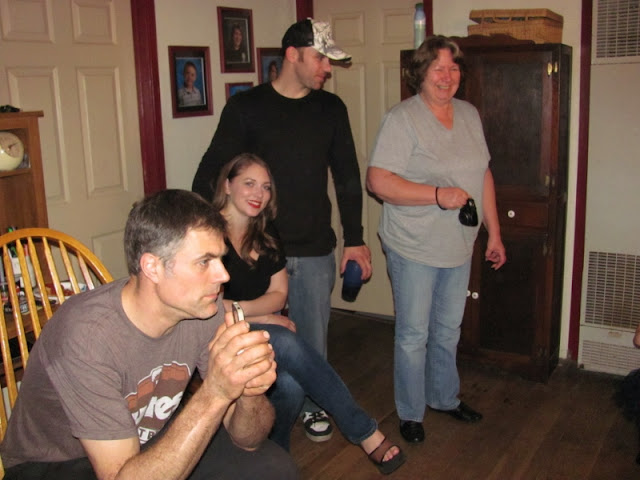 Scott's Dad making faces at me 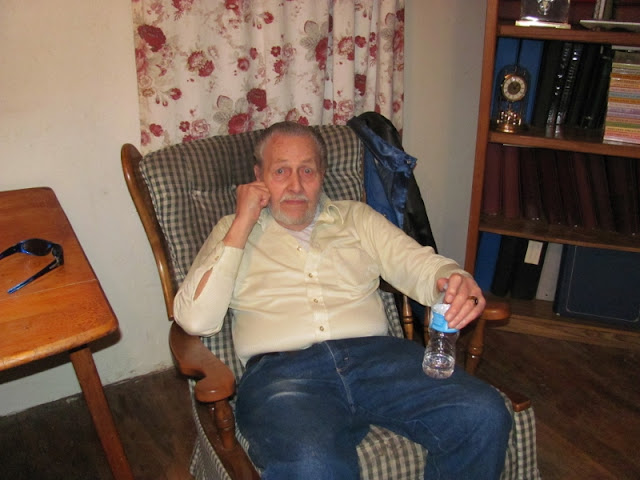 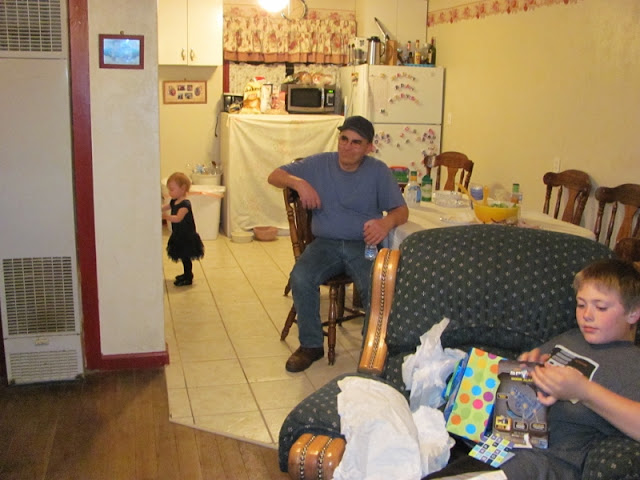 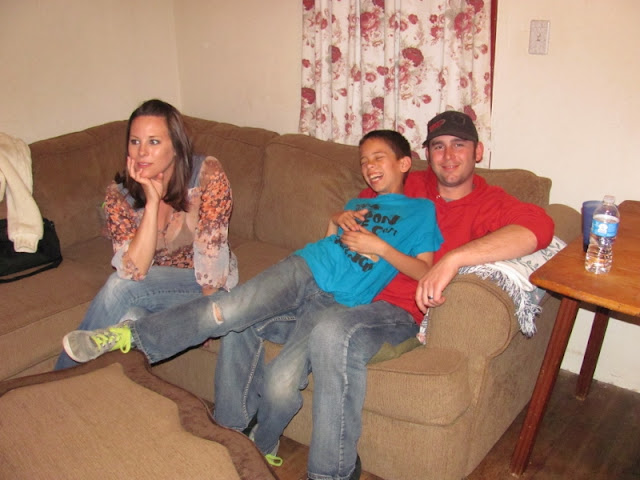 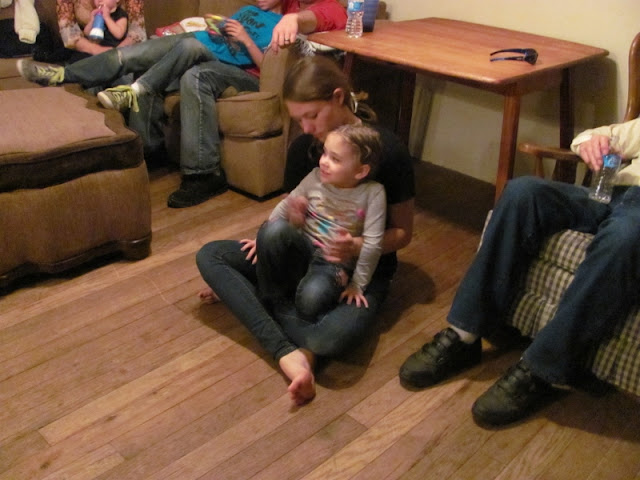 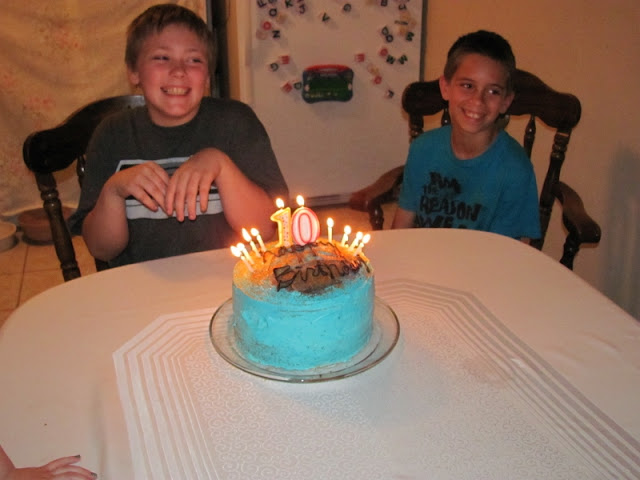 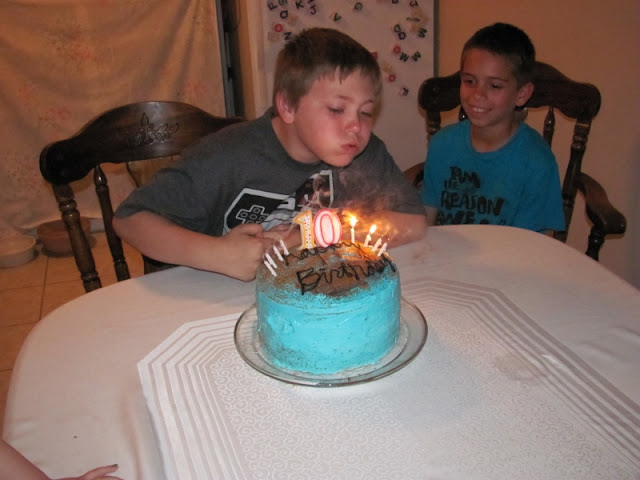 Hard to believe my baby is double digits!

Adrian getting her hair pulled back by her daddy while she eats. So sweet. 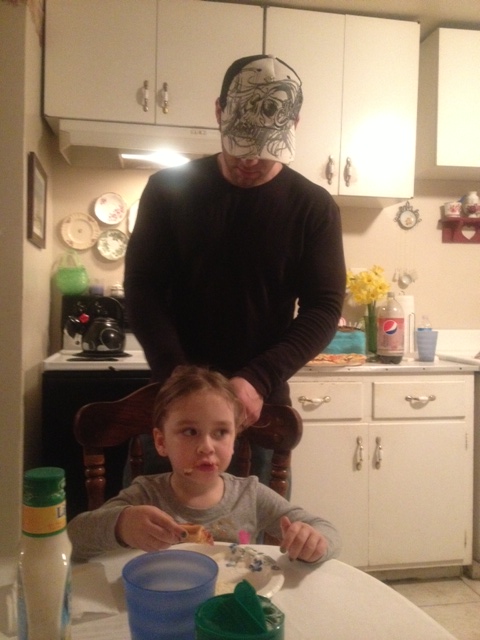 I don't know what they were doing. Something about can you turn your elbows this way or that. 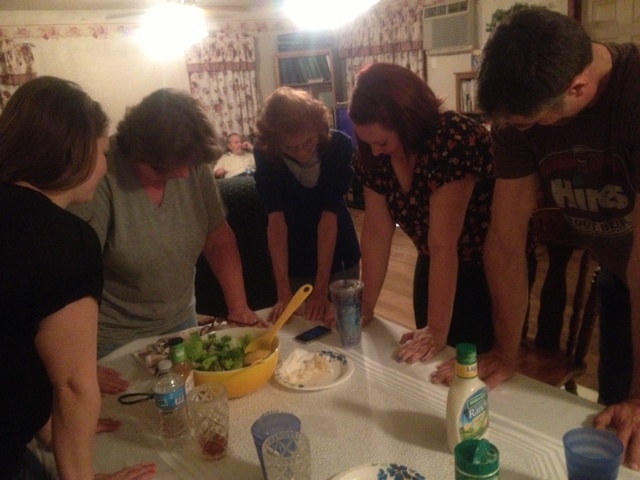 We played a couple rounds of Jenga. 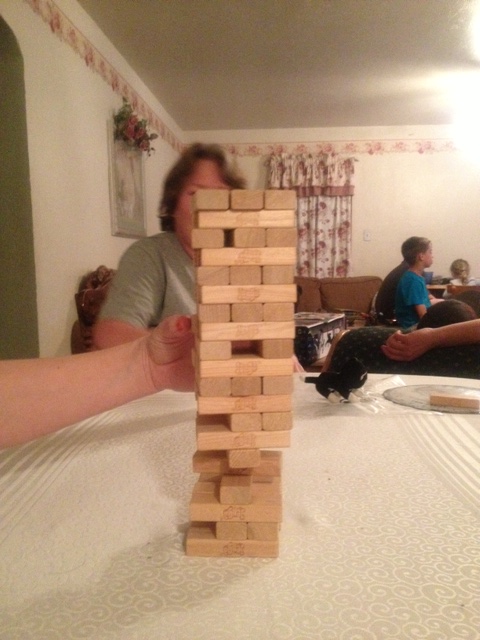 Always a good game to bring out!

Trevor is complaining his throat hurts again tonight. I took him to the doctor on Wednesday and she said it was "just a virus". I gave him some pain reliever and he sacked out on the couch right after everyone left. I hope he will feel better tomorrow since we have plans to go have fun!

Yay Scott for starting, finishing and kicking fat boy to the curb.