Saturday morning I woke up at my usual time and everyone in the house was still sleeping. I laid there for only a few minutes before I decided that it would be a great time to go for a run!

I haven't ran by myself in I don't know how long. The only times I have ran I have had the dog with me and it's been the couch to 5k runs. Usually Scott and or one of the kids is with me too.

So I snuck around the house and tried not to let on to the dog what I was doing, although he wasn't too happy when I went out the door without him so I know he knows I was cheating on him.

I didn't really have a plan. I started off telling myself I had to go around at least one lake but eventually I decided on doing the perimeter of the club and ended up doing 4 ish miles. That's the farthest I have ran since my half marathon. I'm kind of mad at myself for not keeping up with higher mileage but I WAS a bit burnt out. Now I have to build it back up again.

After I got home I decided to make a protein shake for breakfast. We usually have a big breakfast on Saturday's but I didn't really feel like it. I had everything in the blender and Scott came out and told me to make it a double so I made him one too.

I sat down for a few minutes and then realized that I did not have much time before we needed to leave to go to my cousin's wedding. She was getting married really close to where we live but it was a 10:30 am wedding.  She got married at the same place as my cousin Courtney (other side of the family though) so we knew where to go and how it worked.

When we got to where to sit the bride's side was in the shade. I told my Aunt that we lucked out to get in the shade and she said that was because she had them switch sides so she didn't have to sit in the sun haha.

I didn't get too many pictures but made sure to get a few before we left.

This is my Aunt Corine mother of the bride and my Dad's sister. 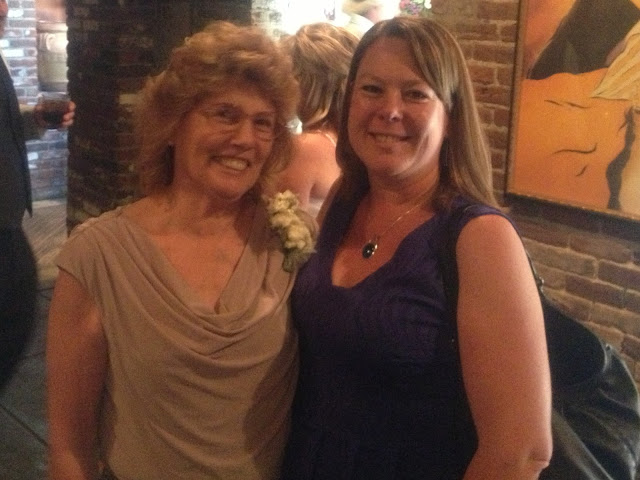 The pretty centerpieces on the table 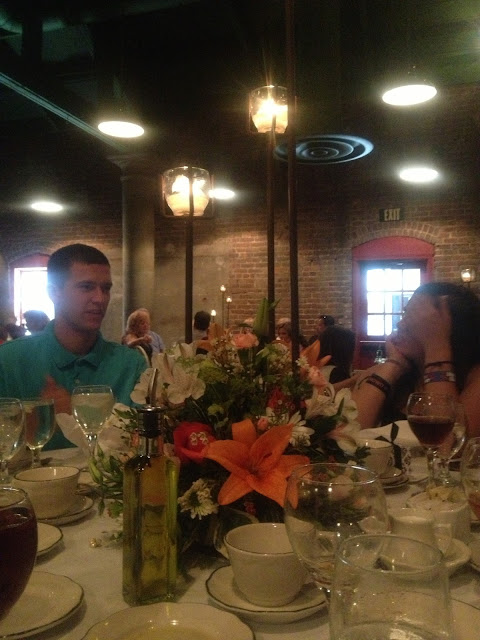 My Step Mom Denise and my Dad 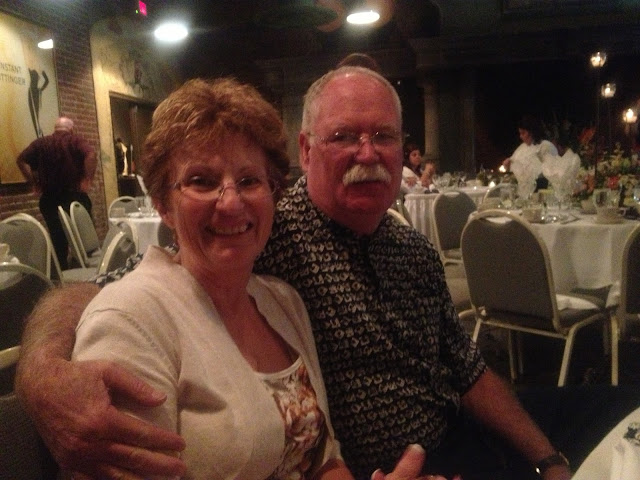 The bride, my cousin Debbie 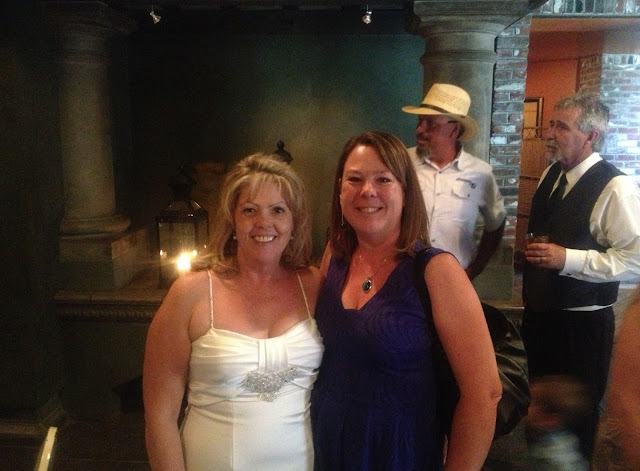 The bride's daughter, my cousin Natalie 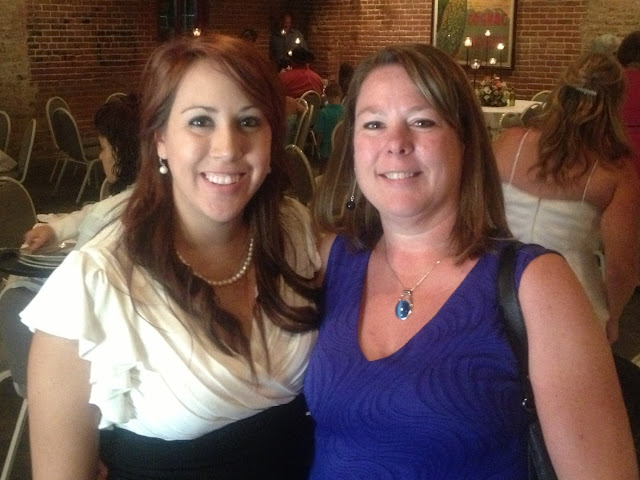 and Scott and I outside in the garden. 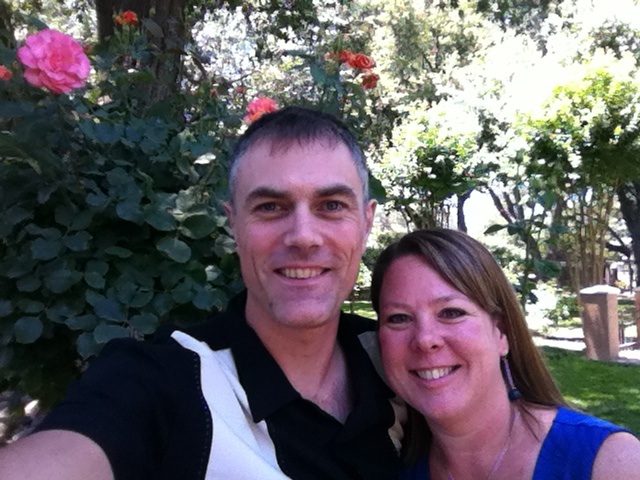 The wedding was very nice and great to see family we haven't seen in awhile.

Since the wedding started so early we were home by two and then went on to plan two of the day. We went over to my brother Joe's house for a birthday/Father's Day BBQ. Poor Joe has to share his birthday with Father's Day every year. He's going to be 30 on Wednesday. That means we are in the same decade age wise. That's funny to me since I know they all consider me SO OLD.  30 to 39 seems the same age to ME haha.

Here we are with my Step Dad 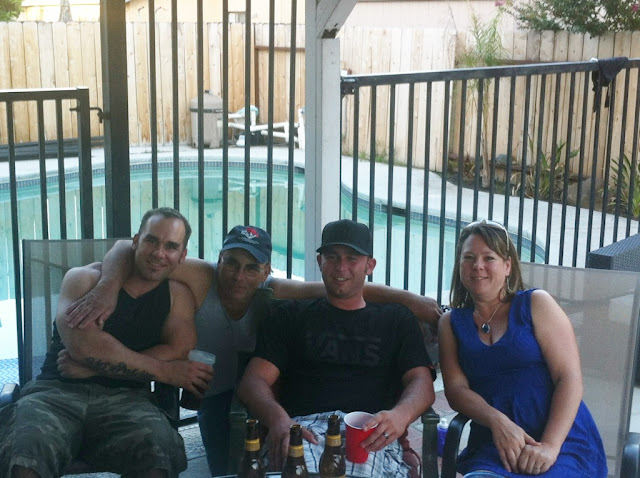 Everyone that was there. Melissa didn't go so she's the only one that is missing. 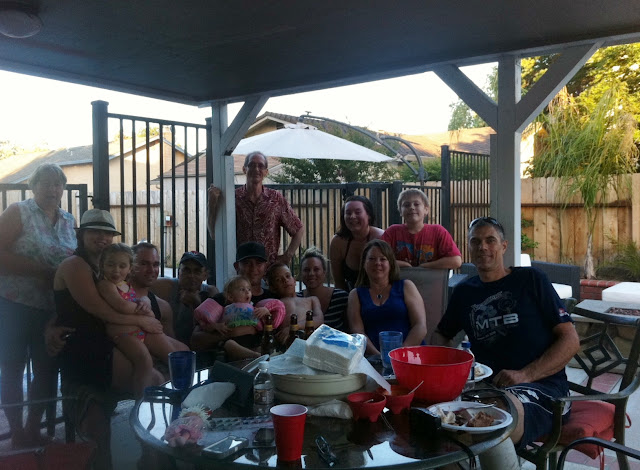 We stayed pretty late. The kids swam, we BBQ'd, ate and played that catch phrase game we always play. I fell asleep in the car on the way home. Good thing I wasn't driving!