Sunday I slept in until 10:00! I have no idea how that happened. I had woke up earlier but then fell back asleep. I got up and made breakfast (Trevor asked for waffles so that is what we had) and Scott didn't get up until after 11! I think we were tired. Sometimes it feels like we go so much we just needed a day to relax!

We didn't have any plans for the day so we just sat around and were lazy.

I was looking for a race to sign up for June. I have ran in at least one race each month this year and would like to keep that up. Nothing keeps your motivation up like having a race you paid money for. Well for me anyways! I finally decided on the Redwoods Trail Race. It's probably super hard and hilly but it looks way nicer than running around the zoo parking lot. That was the second choice. I have a little over a week and a half so I better run some 10k's around the neighborhood! Scott is also going to do the 10k (that will be his first). 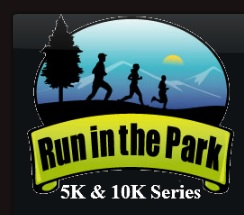 Scott wanted to go to his Dad's house but it was about 5 by the time we went out the door. Of course when we got there they were eating dinner. I thought we might go out and get something when we left so we turned down their offer to join them. We stayed for a couple hours and then when we left Scott said he wasn't hungry. That of course made me starving. 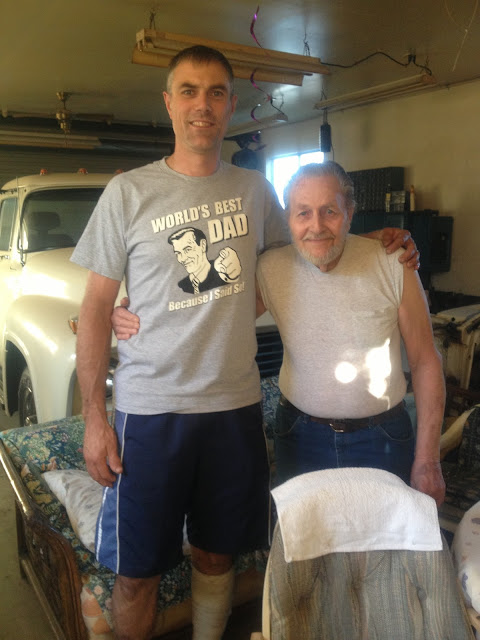 (Scott and his dad, Jess bought him the shirt)

I told him we needed to go to the grocery store so we did that. Melissa and Trevor hung out in the car and when we came out the battery didn't have enough charge for the car to start. Jessica was close by so I had her go run and buy some jumper cables and give the car a jump instead of calling AAA. They seem to take forever now when you call them. We needed some cables anyways. This is the second time I've had to get the car jumped lately. Hopefully it's not going to be an ongoing problem. We took the battery in last time to get it tested and they said it was fine. 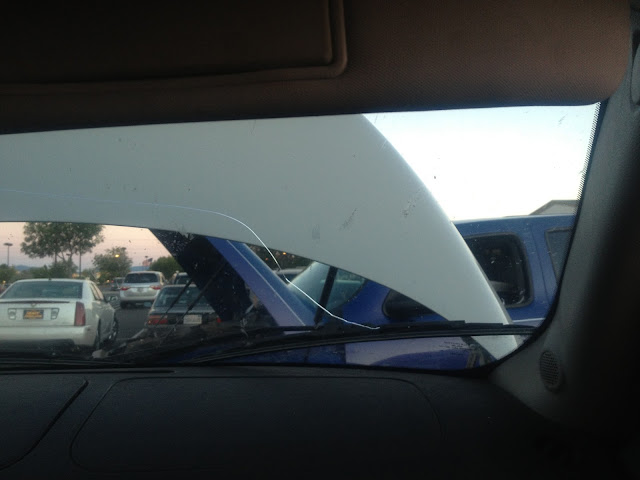 By the time we got home it was 9:00. I threw on some preseasoned carne asada that I bought for dinner. Scott went out and grilled up some chicken breasts for me. I spent the next couple hours putting together lunch meals for the week. Grilled chicken, brown rice, mixed veggies, some yams and fruit salad. 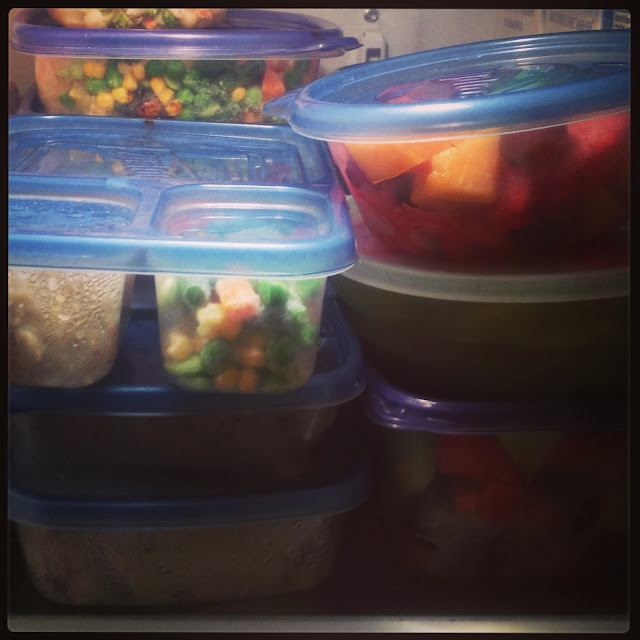 I ate one today, it wasn't too bad. Probably will be sick of it by Friday if the meals last that long. We will be a couple short for the whole week but hopefully we'll have some left overs from other stuff to round it out. 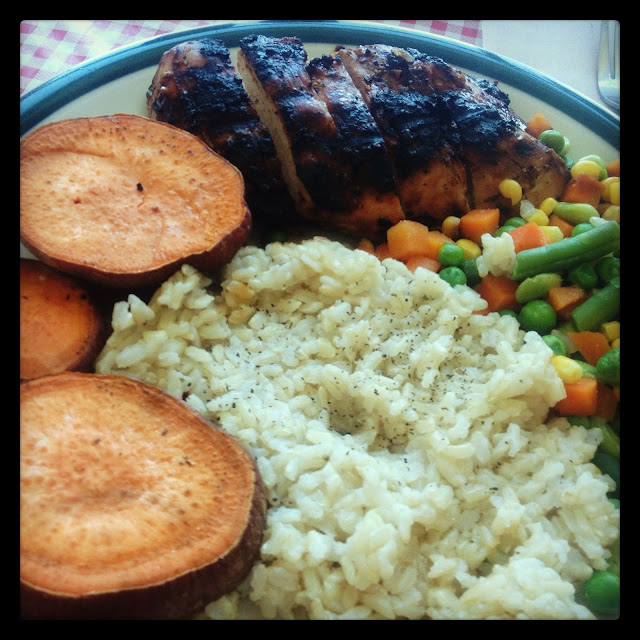 It was actually probably a little bit too much food (ate the fruit salad for a snack later) but it was less calories than going out and I wasn't feeling like I was starving later.
Pin It
Posted by Julie H at 4:58 PM