Friday night Scott and I went out for a date night. Sushi!
We went to our regular place, Matsu Sushi. 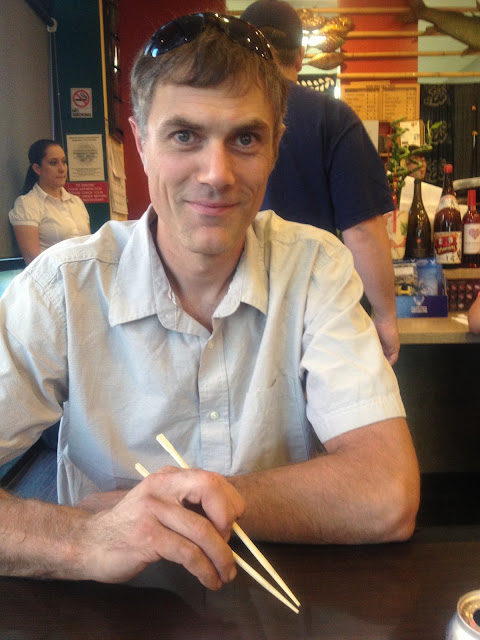 All the rolls have blended together in my mind and I can't remember what we've had or which ones I liked the best.

He ordered a sashimi appetizer. They brought it out with a Titanic roll. Not going to lie. Had to choke down the sashimi. Something about knowing all I'm eating is just a raw piece of fish was a bit much for me. Usually things I've had have at least a bit of rice with them. I'll pass on that one next time. Scott on the other hand thought it was great.

The Titanic was good, I know I've had that one before. 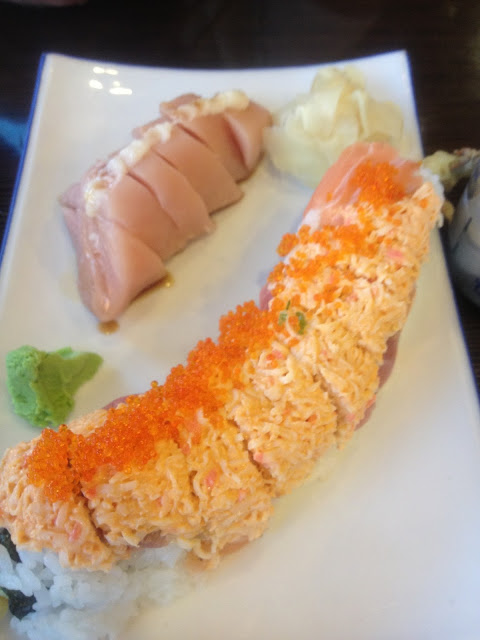 I think this one was a Hamchi roll. It was baked. it was pretty good. I kind of wanted to lick out the rice in the bottom of the foil. 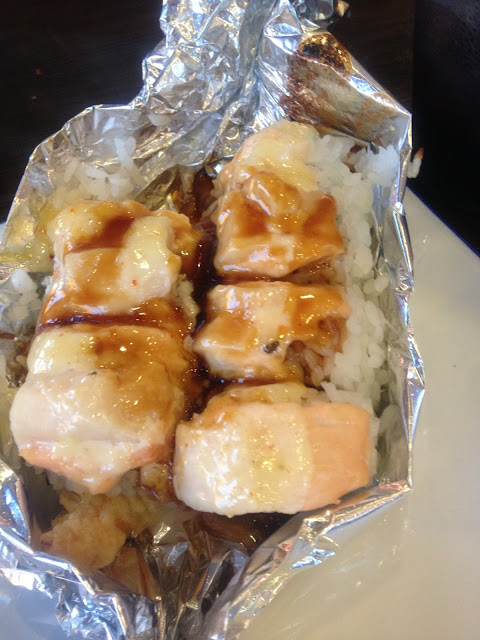 We probably should have ordered another roll. I was actually still hungry when we were done.

We decided to go next door and try out the yogurt shop there. Scott had never been to one of the fancy new yogurt places before. This one is called Crush Frozen Yogurt.  It's not real big but they had about 6 or 8 different flavors to choose from. I put a little bit of 4 different ones in my bowl. Then tried to put toppings that wouldn't be gross with each flavor over the right ones. 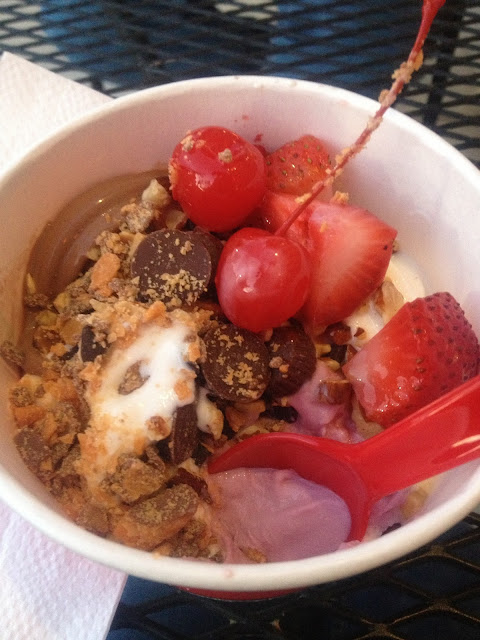 It was pretty good! I'd go back. It's so much more expensive than just going to get an ice cream cone though. Ten dollars for the two of us.

After dinner and dessert we went into our little bar to pay our tab (and started a new one). Hardly anyone was in there. Seems kind of sad for a Friday night to only have about four people in the bar.