So we ended up having a pretty nice 4th of July. We went over to my brother's around 3 and spent most of the day doing this

with a cup full of green apple vodka and diet sprite.

When it was getting dark we decided to go to Manteca and sit by the ball park and watch the fireworks. 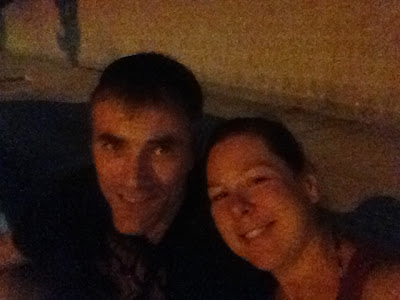 We found a spot to sit and the kids set off the sparklers my sister in law gave them. 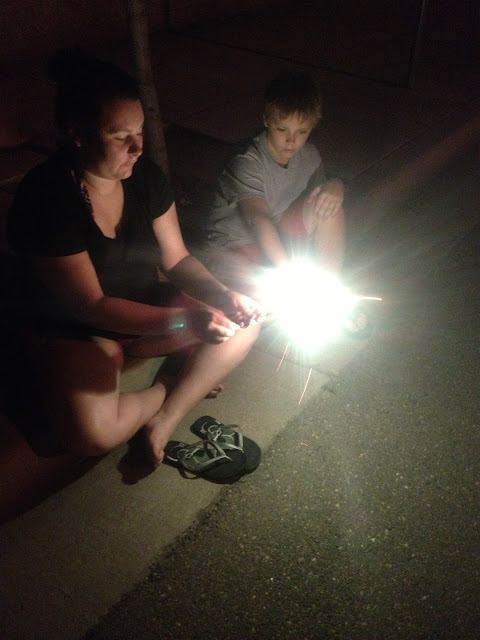 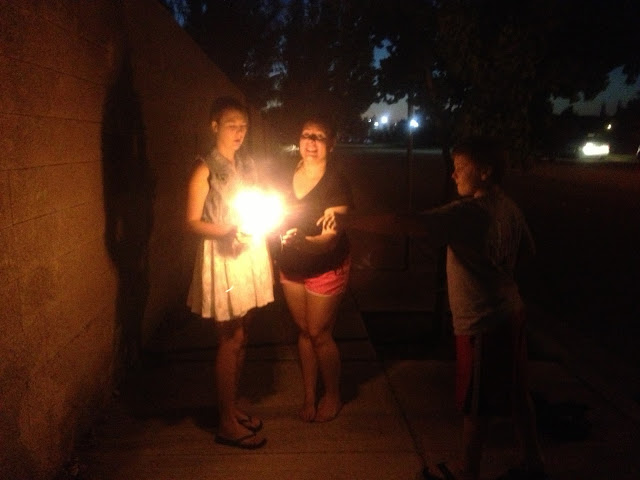 We sat. and sat. and sat. No fireworks. WTH? I had a friend who was in the ball park so I sent her a message asking if they were still setting them off and she said they already had? Apparently we were in the dead zone for seeing the fireworks. I felt so bad for the kids :( Total parental failure!