Saturday morning we got up early and went and ran the Escalon Park Fete (totally just looked up what fete means, it's a party go figure).

The race was in Escalon which to us is the little town before Woodward. The only time we ever stop there is to go pee or get gas. Oh and sometimes for a fruit stand. The town is TINY.

Anyhow, we got there about 15 minutes before the race was to start and I immediately got in line for the bathroom. We had like 3 minutes left before the race started and about 20 people still in line in front of me for the 2 port a potties.  So I gave up and went and lined up.

So I spent the first half of the run contemplating peeing in the orchard. Or that corn field. Surely I could duck down behind that ditch thing?

I ran for the first half of the 10k without stopping (other than for some water it was hot) and made it to the 5k point in 31 minutes. Not too shabby! I was running just over a 10 minute mile. After the 5k point I did a bit of walking. Run run run and then walk until I got to that pole or whatever. I pretty much did that the rest of the way through the race.

There was a couple that was doing the same thing and we kept leap frogging each other almost all the way to the end. For a few seconds I thought ah I should just run with them through the finish for fun and then my competitive nature said screw that and I sprinted in to the finish.  (they are behind the guy with the white shirt) 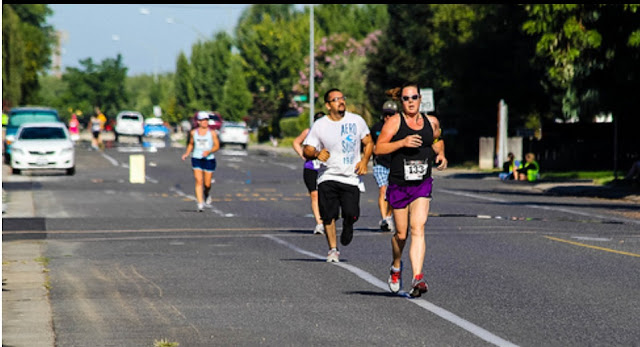 Not too shabby for doing some walking! Only one minute behind the Zoo race which was my fastest. I'm totally happy with my time because I felt like I wasn't in that good of shape. I haven't been running longer distances during the week lately. I need to get back to working on that.

After I came in I sat on the curb and watched for Scott to come in. This was his first flat course (I tortured him on that trail run last time that wasn't a very good first 10k route!). 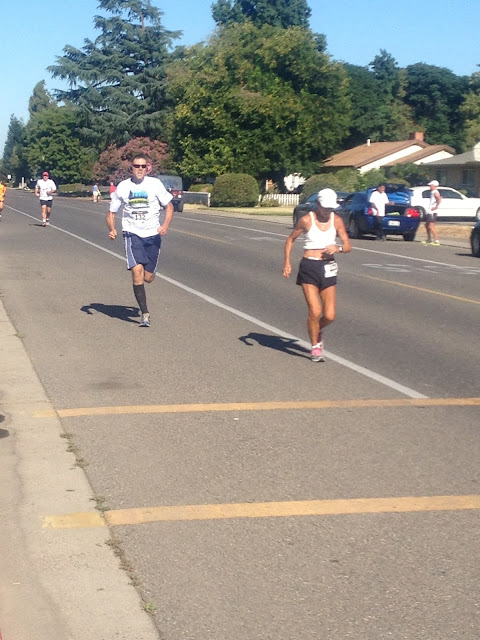 After the race we hung out with my step mom and watched the awards. 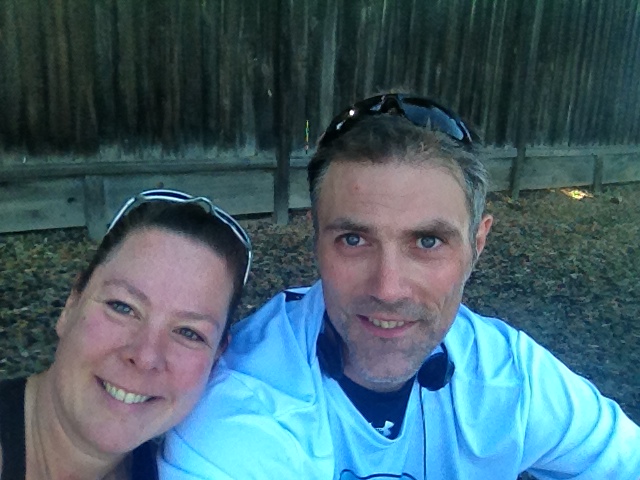 She won 1st place for her age group. 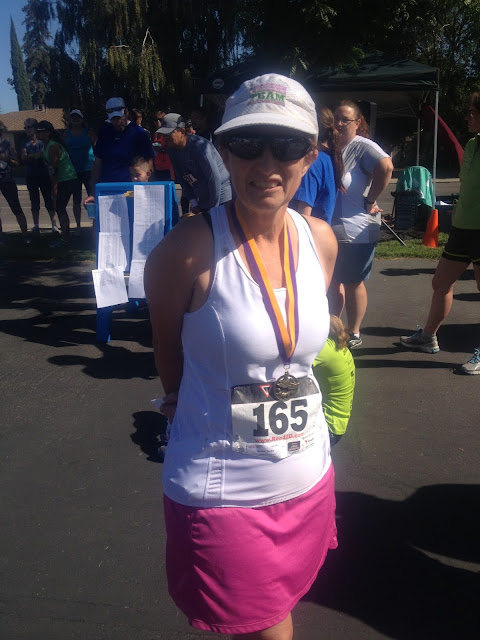 That's what hard work and dedication gets you!

They were doing some drawings and Scott and I both won Road ID certificates. I was so excited because I've been wanting to get them already and now I can for free. SCORE! 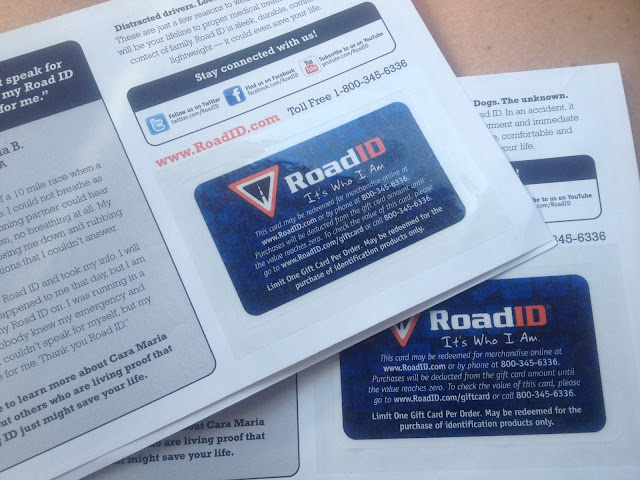 They are basically information bracelets so if someone runs you over while you are out riding your bike or running someone will know who you are. I figure it's just smart to wear something like that when you are out on long bike rides and stuff.

After the awards we walked to the car. We were parked in front of this pretty garden which reminded me I really need to spend some more time out in my yard! 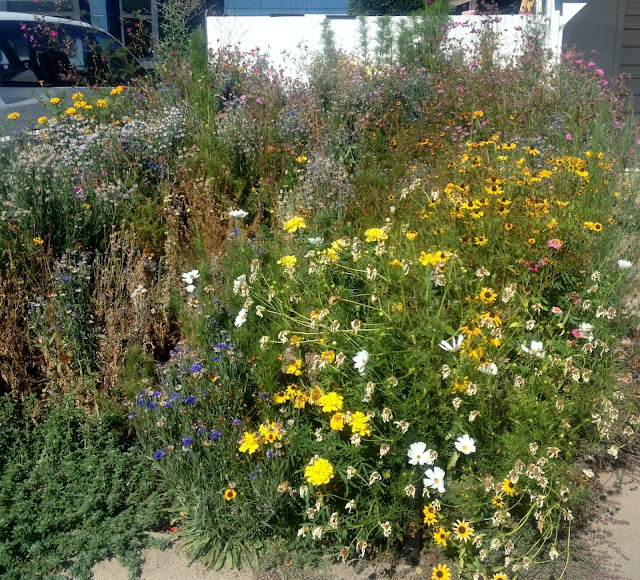 We debated on going out to breakfast but decided to just go home. I'm really trying to stick to my calorie count and I knew we were going out to dinner later.