So Sunday was pretty productive. I spent most of the day like this 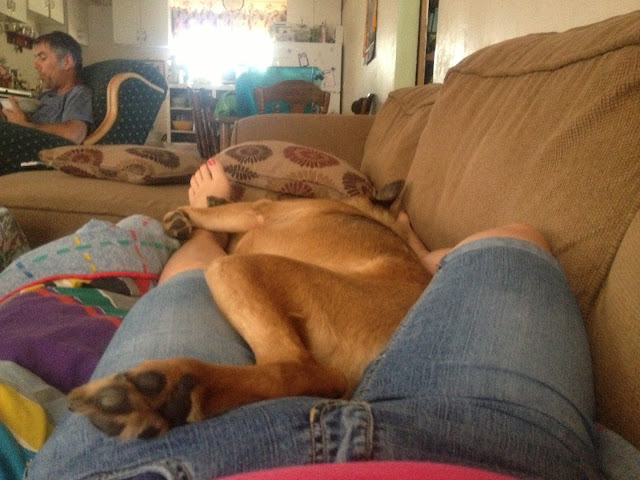 I don't even think I watched any tv. Just laid on the couch and snoozed on and off. Well except for when I had to go pick up Melissa at her friends house. I ran by the store and picked up some stuff and then came back to the couch.

I did get up to cook dinner too.

We had this Chicken and Spinach Parmesan Recipe 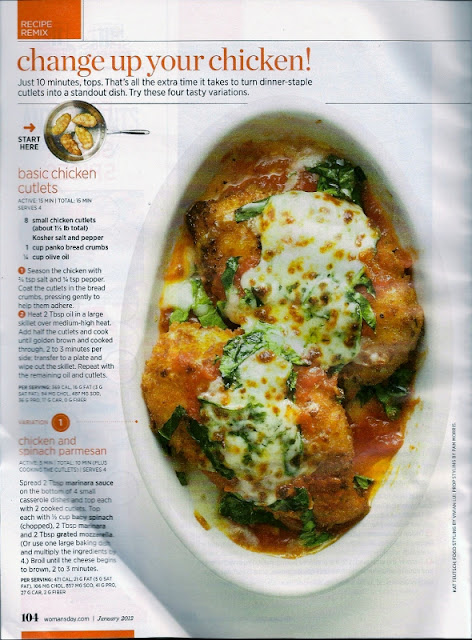 Of course mine never looks like the pictures haha 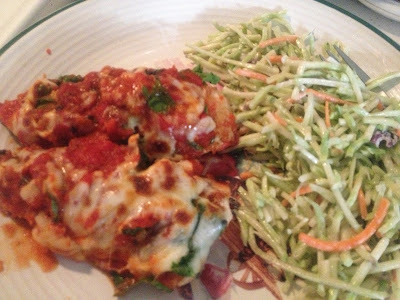 That's broccoli slaw on the right. I buy the bag of it that you just add a few ingredients and wahlaaa yummy side dish.

Today I got into work and my computer wasn't working. GREAT! What a way to start a Monday. I called the new IT guy and he actually came in and worked on it for most of the day and had it up and running a little bit before I had to leave. I thought for sure I'd be out of a computer for a  few days.

This is going to be a really stressful week at work I can tell already. Today I spent almost the entire day working on one person's stuff. Woohooo. After this week is over I'm hoping we are done with this year's contacts.

After work I drove over to Stockton to pick up Trevor from my Mom's house. They are working on every freeway in every direction around here. Today there was a car stalled in the middle of the freeway. They have the shoulders blocked off so the car is just there with 2 tow trucks and about a million cars trying to get around it. That was a fun half an hour.

I got home and started right into making dinner. Tonight we had these little spaghetti cupcakes with meatballs. I used ground turkey instead of beef and they were just fine.

Of course mine weren't quite as fancy looking. I only had one because I had a Starbucks (light) frapp on the way to pick up Trevor and I'm trying really hard to stay in my calorie count. I did however have lots of veggies and some fruit to go with it. 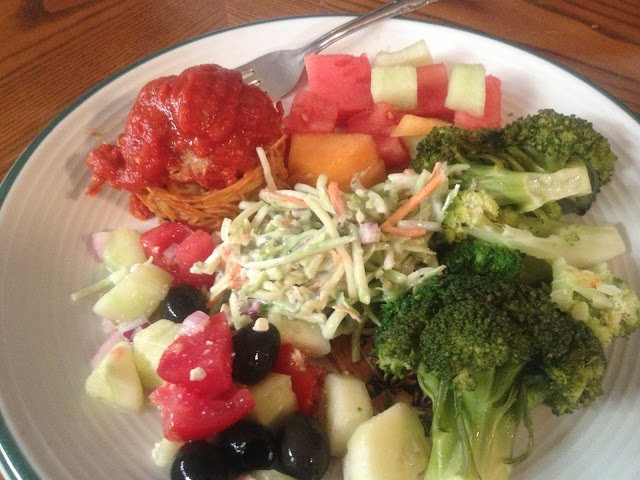 After dinner I did the dishes and we went out for our run. We took the dog with us since he was so excited to go when he saw us getting ready. We ran around 2 lakes and then Scott started walking when we were close to home so I handed him the dog and kept running. I ended up running a total 6.2 miles. I felt great and like I could run forever. I love when that happens! The arch of my foot did ache a little bit but not bad enough to make me feel like I needed to stop.

My splits are really consistent. 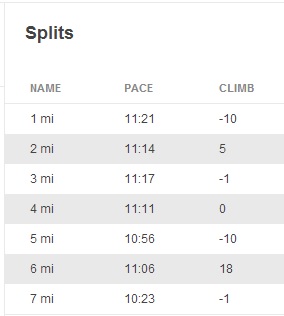 Not too fast but not too slow for me.

Tomorrow I'm going to dinner with my friends. I think we are going to Red Robin. I might have to just drink water all day if I'm going to try and stay in my calories ;)