I spent my Sunday getting a new tramp stamp. SUNBURN STYLE. Seriously how can I scorch the crap out of myself without realizing it? I went in to take a shower and was like holy mother! 2 inch strip of beet red skin. Lovely.

My friend is getting married next May. I asked her if spray tans cover up uneven tans? Anyone? Anyone? Because, I my friends, am queen of the bizarre tan lines. I'm really hoping she doesn't pick anything strapless and or open back because I.will.be.screwed. Maybe I should just sign up for tanning now? But then I'll go out in the yard for an hour and mess it up again... 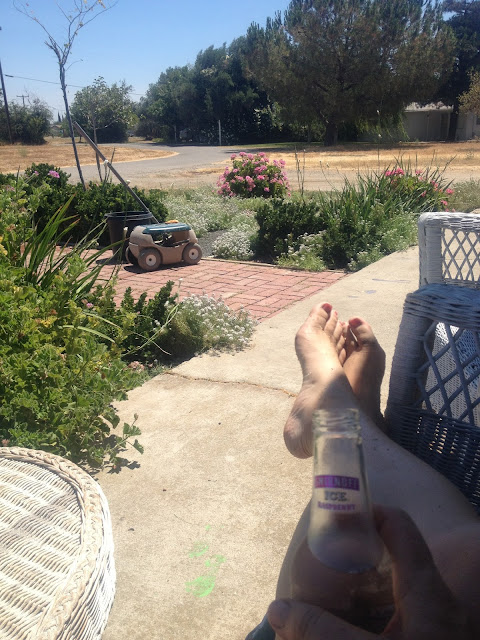 This 5 minute break was like the highlight of my day. I really wanted to sit there all day but I had shit to do. Like attempt to weed the OTHER side of the yard. That didn't go too well because it was too hot. Oh well, good enough! I'll work on that again later. Yeah yeah that's the ticket.

I was moving the big ass pile of bricks on the porch and this guy popped out. ALMOST.CRAPPED.MY.PANTS. 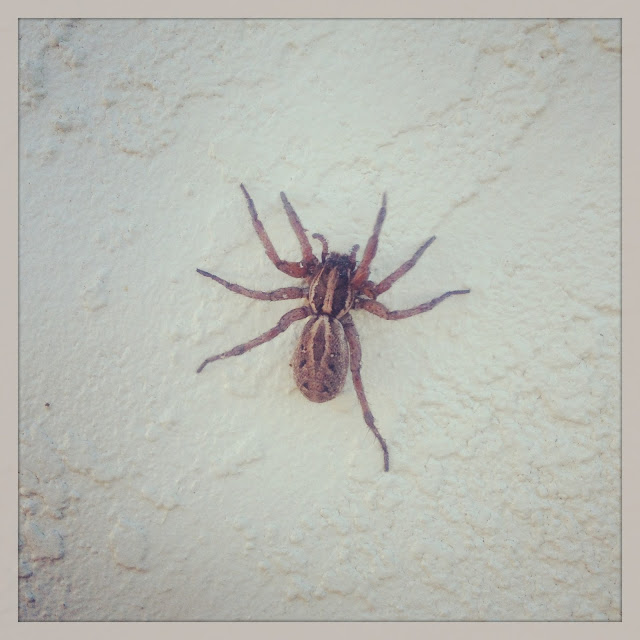 Only the size of the palm of my hand. WOWZERS.  I figured he'd lived awhile to get that big so I just shot him with some water from the hose so he got out of my way.

Spiders=nature's pest control.
Although
back widow spiders=squished. Those bitches are nasty.

After giving myself heat stroke for the day we went over to my brother's to celebrate his birthday.

When we got there everyone was lounging around the pool. My brother's friend's girlfriend that I've never met started talking to me and told me that she's a fairly new runner also. Nice to have someone to talk to!

We did the usual BBQ and then had cupcakes and ice cream. 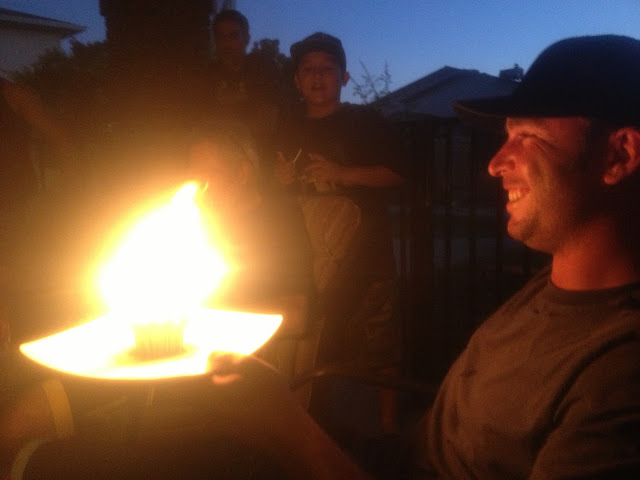 32 candles on a cupcake. Good thing we were outside haha.

My favorite part of the party? My younger brother winning a bet that he could fit through the doggie door. Hilarious.
Pin It
Posted by Julie H at 4:00 PM

My spray tan helped even out but did not eliminate my tan lines. But they were much better. If you look at the wedding pic I posted my feet still show a somewhat lite flip flop line on my feet. But the were much worse before the spray tan!!