After we got home from Saturday's race I laid around on the couch. The dog thought I made a great cushion. He's so funny. 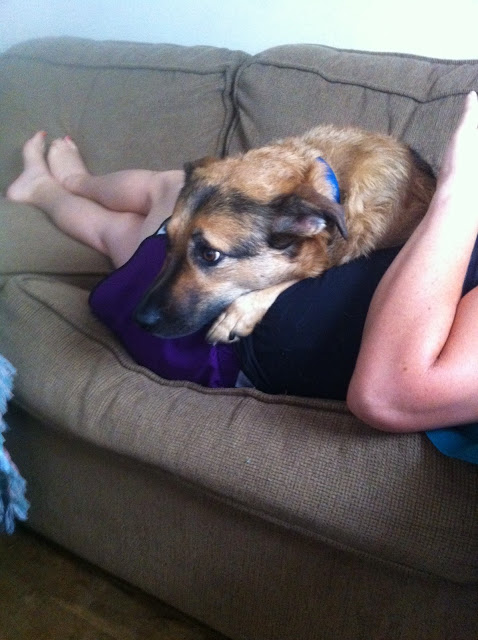 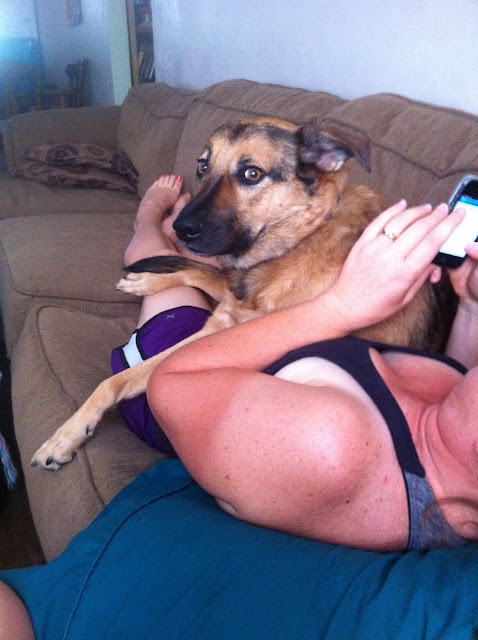 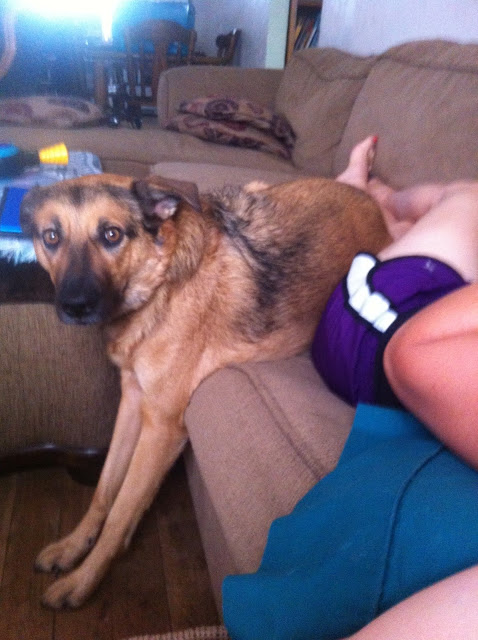 He was just hanging out like that. Silly boy! I think he thought he was in trouble when Jess called his name haha.

Scott made everyone breakfast but I made my own "scramble" with some egg whites, onion, broccoli, a tomato and mushrooms. It looks like crap but it was actually pretty good. 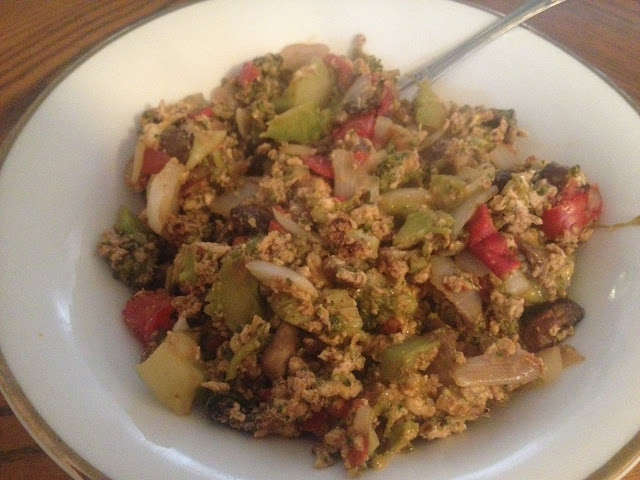 I also had 2 pieces of bacon and some fruit 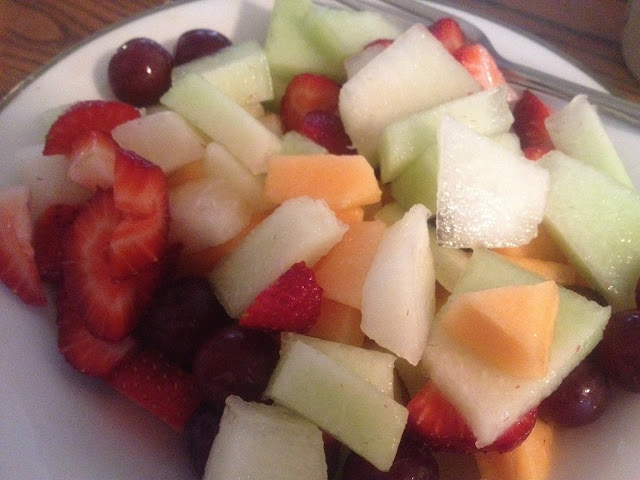 After washing a shit load of dishes we went to Stockton to get Scott a new pair of running shoes. I finally got myself a 13.1 sticker too! 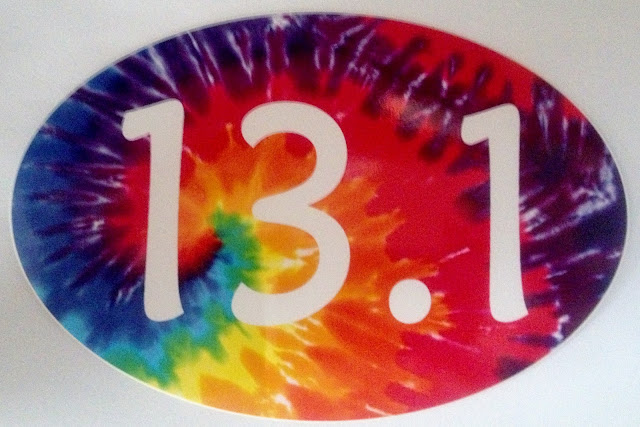 We killed some time walking around REI (bought a Luna Bar to eat because I was starving) and Petco and then went over to Macaroni Grill for my sister in law's birthday dinner.

I never go to the Macaroni Grill because the few times I had went I wasn't too impressed with it. This time the food was actually pretty good although it didn't look anything like I thought it was going to.

I of course had some bread (FAILED to be strong on that darn it!) 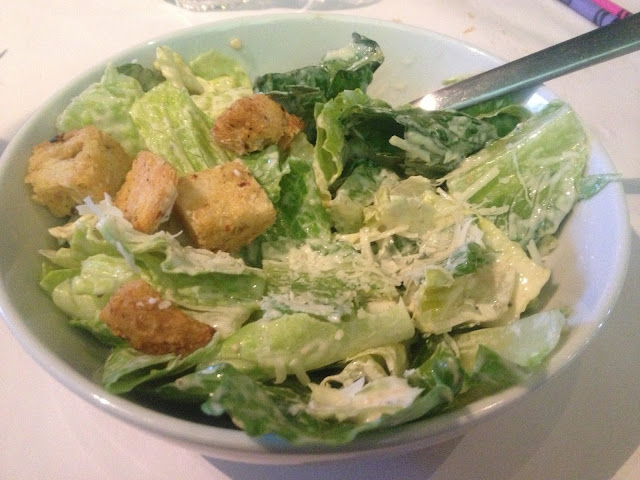 and the Chicken & Mushroom Cannelloni (780 calories) 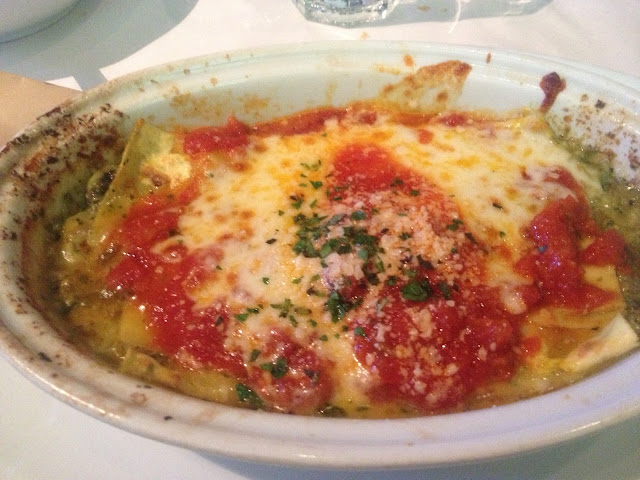 My son got a pizza, that looked pretty delicious 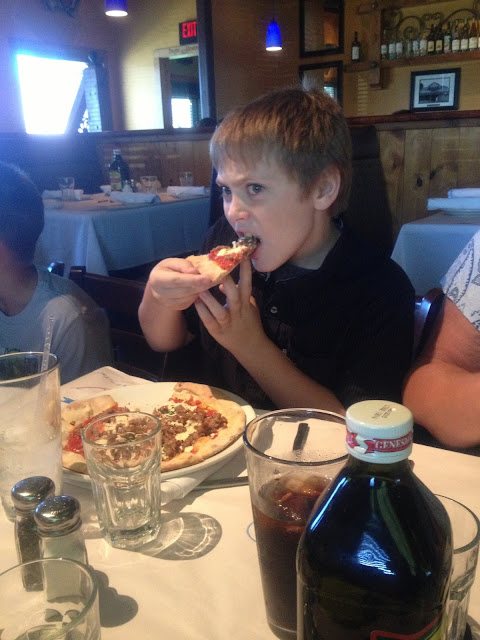 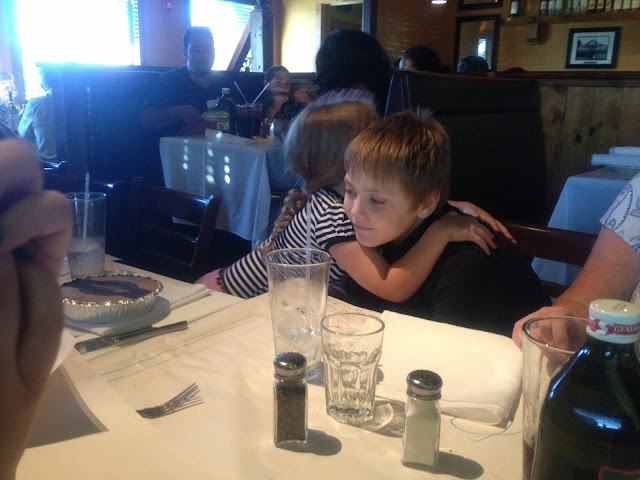 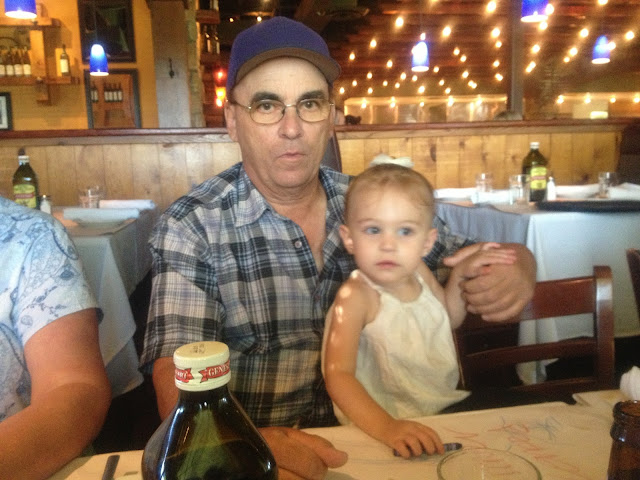 Brother Joe and the birthday girl! 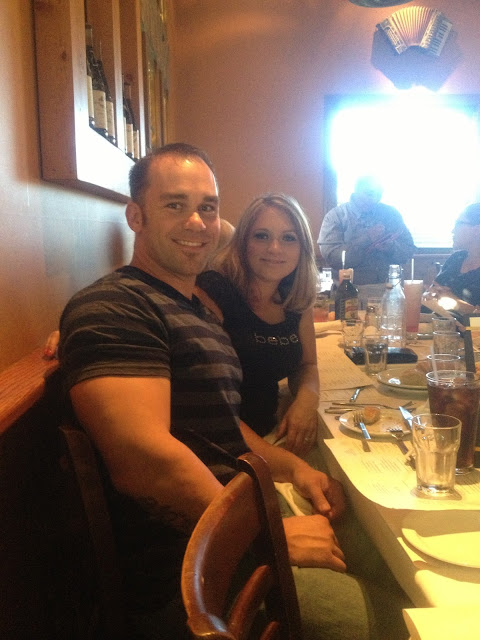 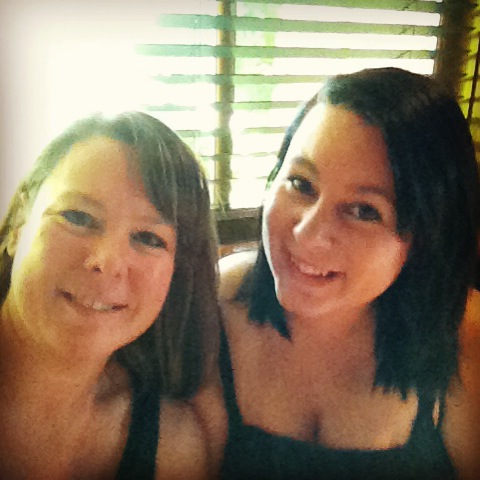 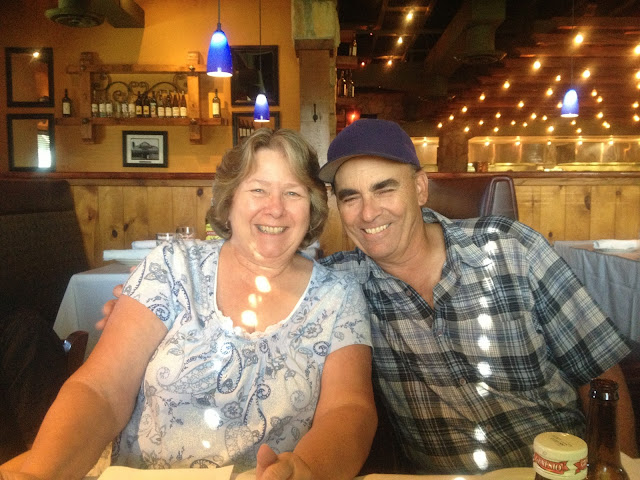 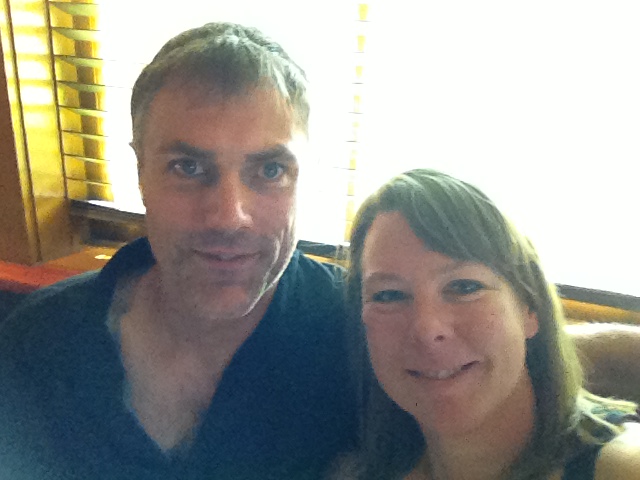 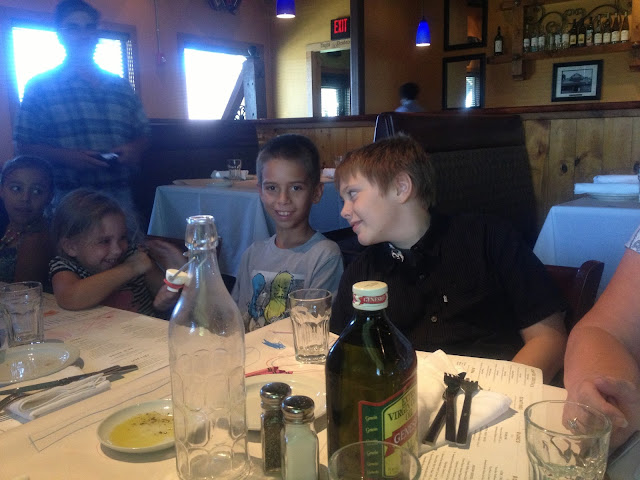 My other brother was there too but I didn't get a picture of him and my sister in law. Melissa was at her friend's party doing the teenage thing.

After dinner we went over to my brother's house where one jello shot turned into about 6 whoops. In my defense they WERE little. I may have also somehow ate a chocolate cupcake. I think the jello shots made me do it.

We left around 10 and I slept the entire ride home. Guess I was a bit tired after the long day!

I like that line, "I think the jello shots made me do it." :-)
I'm using that for everything now.