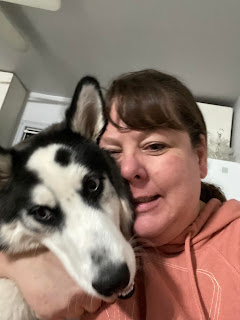 Well yesterday was depressing. Went into work to not actually do any work in the office. Made sure I talked to at least one person since you know, we work in an office to be sociable or something. No idea. Did some shredding and about burned the shredder up, we'll see if it works next time I go in. Supposed to be tomorrow but we'll see.

We had our teleconference with the big boss so he could go on and on like he does thanking who knows for this and that and telling us how much he appreciates us and all that bullshit. Then one of the offices bosses that I am working with now talked about how horrible all their changes are. The boss guy was like oh well we did a lot of research on this and it's just fine lol. Fucker. I sent him an email after telling him how much it sucks. He probably will never read it.

Then today the office guy was like so hey the area boss guy wants to know who I was talking about yesterday and is it ok if I give him your name? I was like I guess if you want. So we'll see if this other guy calls me to get my input. The last time I talked to him I wasn't impressed. We're just the low man on the totem pole in this agency and no one really cares what we think.

After work I went home and took Simon for a walk. It got dark quick so I was hugging the muddy sides of the roads when cars were coming by. Need to take a light next time. I used the flash light on my phone a few times so people wouldn't run me over. (No side walks here).

I was still feeling a bit depressed after that so decided to go to the mall and get a massage. I get there and they are like it's going to be 40 minutes. I was like ok so went and did a little shopping at Carters and Spencers and then came back. Then I realized the mall was going to close at 8. So I only got a 20 minute massage. They had locked up the door between Target and the mall so I had to go out the main entrance and walk to my car in tim buck to.

I had been planning to ask Scott if he wanted to hang out but it was a lot later than I was originally thinking it would be. He still wanted to hang out though so we went to Applebees and had an appetizer then went to the grocery store to get a few things (mostly more chew stick things for Simon). So that was nice and I felt less depressed when I got home.

I got like one email for work yesterday of something to do and that wasn't even something for ME to do. So far today I had someone hit me up on chat saying that that person was going to email me today. Woohoo so busy with all this work stuff. Just dumb. At least I'm at home today so I can do something to keep myself busy.

First I need to go find some socks since I didn't put any on after I took a shower. My feet are freezing. This morning when I took the dogs out I slipped on the frozen grass and slid to the ground. That was fun. Simon was like oh hey why you on the ground? lol.

Trevor just got home so he's raiding the kitchen for food. I think I'll make a big meatloaf tonight and then we can eat that for sandwiches later too.

Reading about your office stuff makes me glad I'm no longer in corporate America.
Once when I fell my dog looked at me like, "what the hell are you doing?" It made me laugh but I was a muddy mess and was not happy.