Good morning happy Sunday! Jess had to call out sick today so no babysitting today (so far lol).
I woke up with a sinus headache so hopefully that goes away soon and doesn't turn into anything else. I have been drinking a ton of Emergen-C
We made it to the Nutcracker yesterday! I didn't take any pictures since they didn't allow it (other than of the theater when we first got there) 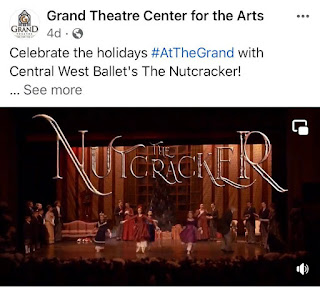 I had to laugh because my seat was next to an antique lady. She asked if we were from Tracy and got excited when we said we were (most people that live there now are from the bay area).  This lady was born and raised there and was close to Scott's mom's age I think. She was cute. This is the theater that my parents would have went to to watch movies when they were growing up. It's all fixed up now for plays and stuff. They old movies every Monday it looks like. Next Monday is the National Lampoon's Christmas.
The Nutcracker was beautiful, loved all the snow fairies! 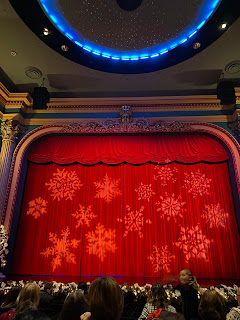 Afterwards we went to La Villa for some Linner and then decided to go to the mall/Target and walk around.  We were happy to see that they opened the doorway from Target to the mall again. BUT everything that was on the end of the mall leading up to Target went out. I wanted to go into Carter's and they were closed due to a "roof leak". Yes apparently our mall is in the dumps. I have worked in buildings with roof leaks many times and they just put a bucket it under the leak and the day went on. We're extra soft these days I guess haha.
We got the kids some clothes and a couple toys for Christmas but not a lot. We went back to mother in law's house after and brought her a Jr Whopper. Of course first we had to find the teeth. They were actually in the trash this time. She has a trash can next to her bed that she spits into all the time (so gross). Scott was thoroughly disgusted as he washed them off. She's just sitting there like blank when this is all going on. She ate her burger and fries though.
Came home and worked on my wine totes some more. I got the first step done on all of them and then started putting them together. I had a little helper but she fell asleep on the job 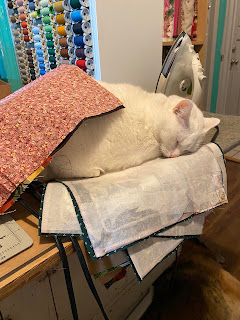 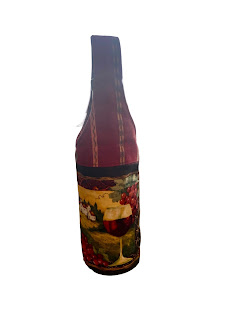 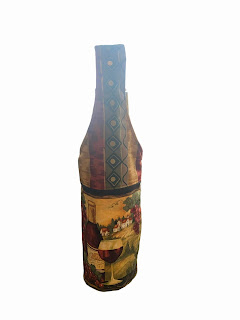 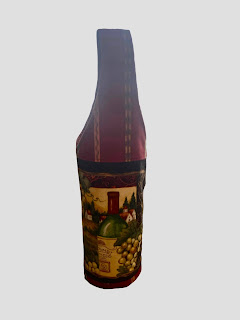 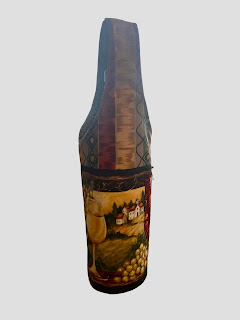 Ten more to go (I think) and then I'll have the ones with all the little panels done. My mom brought me some curtain to sew that she pinned too so I might just do that first to get it done.
Tubz was all cuddly yesterday morning. She's been missing the boys. She doesn't usually hang out with me all that much so I was surprised to look over and see her there. Trevor is off today and tomorrow and Scott will probably be out later so she'll get her men back for a bit haha. 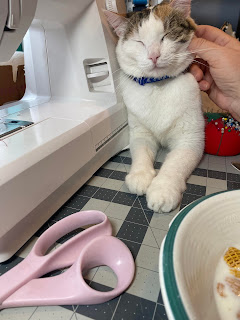 ok off for more coffee! Have a great day!
Pin It
Posted by Julie H at 9:49 AM