Today is my mom's birthday! I was looking at past blog posts for a fun picture to use on Facebook and read some old posts. Ended up using this one, love this picture. I had ran 10 miles that morning. I was such a rock star lol. now I'm just fat and sewing lol. While I was looking I read a couple old posts and one thing I didn't even remember but now that I think about it more I do. Dang. Back when we used to all do things together. Once the twins came along that was the end of that. Too much work! 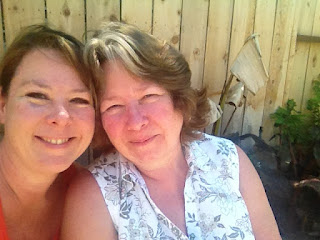 I went to turn off the light last night and see this lol. Trevor is always sticking stuff on the fans. On the very top is a little princess wand that he took from Daniel. 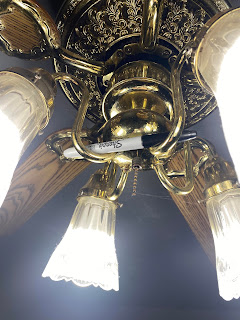 I watched the kids for an hour or two yesterday. I was on the phone with the 2 up boss when they got here and he just kept talking talking like he's going to convince me his great idea for fucking up our jobs is great. I was just like I'm done complaining and I'll do my work but I'm not going to agree with you lol. Anyhow by the time I got rid of him the kids were all wound up. Daniel had a box of cookies and some Pringles then he was happy and the baby took a nap. I was able to work at the kitchen table for awhile (actually got a few things to do finally).  Daniel loves his snack box I made him. He even figured out he can sit in it if he takes everything out and sits real careful like haha. 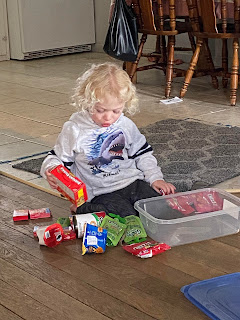 Jess got her door fixed on her car, ran to the store and picked us up In & Out so I didn't have to cook dinner. After work was over Trevor and I went to Best Buy. We ended up talking to a guy at the Geek Squad spot and he told him to just get a USB so download Windows 10 on and then spoke Geek for a bit but Trevor kind of understood. We got home and he eventually got it going after he had declared "If this doesn't work it's going in the trash". Woohoo
I worked on some patchwork heart coasters. I think I'll make 3 more so I'll have 10 and then do some of these hearts you hang around random places. It's called I Found A Quilted Heart. At least with the big ones. I have a lot of smaller hearts too so I'll have to figure out what to do with those still. 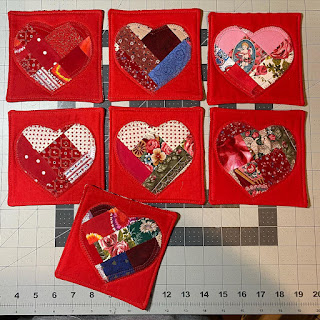 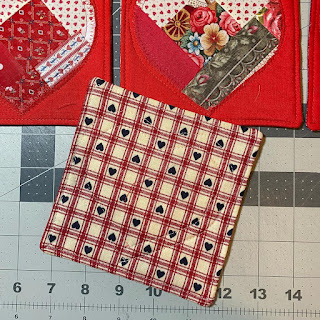 Three days of rain. I hope it doesn't actually rain that much and the river doesn't rise too high.

This was for Patterson. We didn't have internet like we do now back in 97 but I'm sure they would have told us this. As it was we just asked the neighbors then. I used to do a lot of field checks in this area when I used to do that for work. 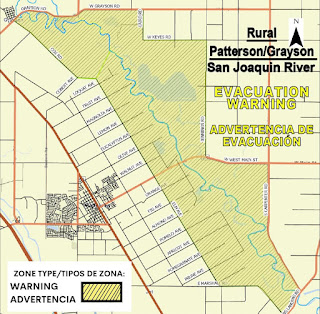 the map says this is 25 minutes from me (blue dot down at the bottom is me, upper right corner is where the warning is for)

Probably going to go to my brother's house around 4 for hot dogs and happy birthday for my mom. I invited myself when she said she was going over there. They probably don't want to invite me since I haven't went to the last 4 family functions (well except the one at my moms where everyone got a fever..).
Oh there is the rain again. It was hella windy this morning but the wind had calmed down but now it is pouring. Ugh.
Pin It
Posted by Julie H at 10:59 AM

Be thankful not in N.Calif. geez these pictures were seeing are crazy!! Houses sliding diwn hills. I'll take snow any day!!
I live the ceiling fan hiding place. Genius.

@Peg technically I'm considered N. CA lol. I say North Central since we are kind of in the middle